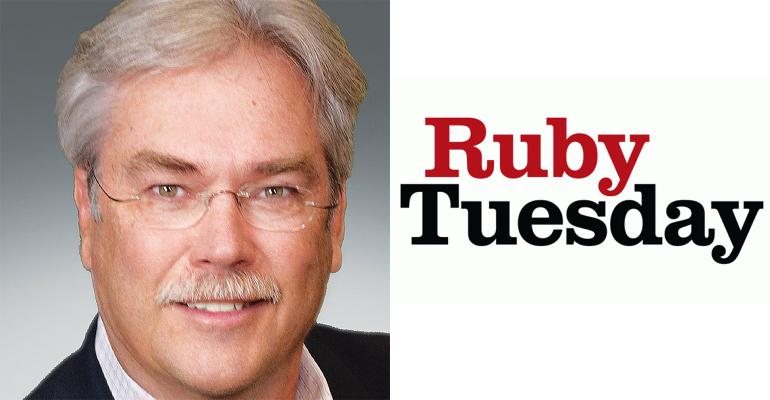 Ruby Tuesday Inc., which earlier this month announced it was seeking a sale or other strategic options, has named Jim Hyatt as CEO and president, the company said Thursday as it released third-quarter earnings.

Hyatt most recently served as CEO of Church’s Chicken from September 2011 to November 2016, and he remains a member of that quick-service brand’s board.

“Ruby Tuesday is an iconic American brand, set apart within the casual-dining industry by its unique Garden Bar,” said Hyatt in a statement. “I have been both a fan and customer of the brand for many years and I look forward to working with the Board and senior management as we lead the company through its next chapter.”

Prior to Church’s Chicken, Hyatt held the role of CEO and president of Cosí from September 2007 through September 2011. He also worked with Burger King and Hardee’s restaurants earlier in his career.

“As an industry veteran and proven leader, Jim brings to us a wealth of knowledge and experience including significant operating expertise in driving sales and profitability,” said Stephen Sadove, Ruby Tuesday’s non-executive chairman, said in a statement.

“His skillset will be valuable as we evaluate all strategic options and will not alter that process other than to add Jim’s expertise to the board,” Sadove said. “Should the board elect to remain an independent company following the review, Mr. Hyatt will remain in his role as CEO.”

On March 13, Ruby Tuesday announced that it was exploring strategic alternatives — including a potential sale of the company — as it looks for ways to recover from more than a decade of sales and stock price declines.

Ruby Tuesday retained UBS as its financial advisor to assist in the process. The company said it would explore all options, including options other than a sale.

Third-quarter same-restaurant sales declined 4 percent compared to a 3.1 percent decrease in the third quarter of the prior fiscal year.

Ruby Tuesday has 607 casual-dining restaurants in 41 states, 14 other countries and Guam. The company owns and operates 544 of those.