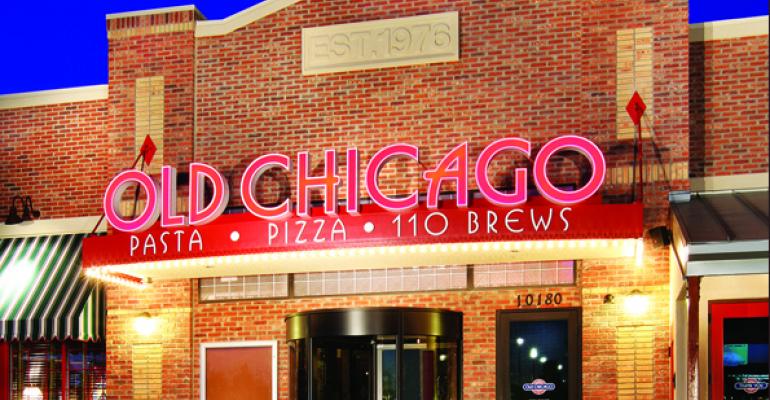 Mike Mrlik has taken over as senior vice president of operations and president of casual-dining chain Old Chicago.

Mrlik replaces Gary Foreman, who was formerly Old Chicago’s senior vice president of operations. The “president” part of Mrlik’s title, however, was added when he was hired.

He was most recently the executive director of street concept development at Japanese quick-service chain Sarku Japan, and he previously served as chief executive at Gatti’s Pizza.

Mrlik said he took the job because he felt Old Chicago had a lot of growth potential. “The category that it’s in has the potential to be one of the fastest-growing foodservice segments,” he said. “When you have great pizza and great beer, it’s like soup and salads. People respond.”

Mrlik also said growing demand for craft beers and the brand’s menu and dining experience flexibility — appropriate for dining with family and friends or catching a game — will be key to the chain’s future success. “People can gather and have an intimate meal or have a great occasion type experience,” he said.

“I think brands need to revitalize and refresh every five to seven years,” he said.

Although the new menu will be rolled out to all of Old Chicago’s locations — franchised and company owned — when it is released, the design changes will be presented to franchisees after the company is finished revamping its restaurants, Mrlik said.

“Once we do our markets and show them what the returns are getting, they will follow suit,” he said of Old Chicago franchisees, adding that the company’s restaurant refresh will be a core aspect of his job as president and senior vice president. “It’s an attempt to get back into casual dining. I feel confident that I can take this challenge on and grow the brand.”

Old Chicago is a part of CraftWorks Restaurants and Breweries, which has dual headquarters in Louisville, Colo., and Chattanooga, Tenn. Mrlik will be based in the company’s Colorado office.