Pizza veteran to head up both brands

A pizza veteran, Sterrett spent 18 years as an executive at Papa John’s Pizza, and before that he was a franchisee in the Baltimore area of Domino’s Pizza, where he operated 28 locations. In a release announcing his promotion, New England Authentic Eats credited Sterrett with introducing new staff training programs and reinforcing the two brands’ community involvement. 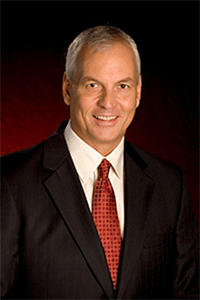 “The passion that the team and our guests have for this business is unlike anything I’ve seen before,” Sterrett said in a statement. “It’s an incredibly exciting opportunity for me to work with this group as we continue to shape the Papa Gino’s and D’Angelo of the future.”

Sterrett joined the company in early 2019, after it was purchased by Wynnchurch Capital LLC, which bought the previous owner of the two concepts out of bankruptcy and formed New England Authentic Eats.

There are 88 Papa Gino’s locations and 73 D’Angelo restaurants in the New England states.