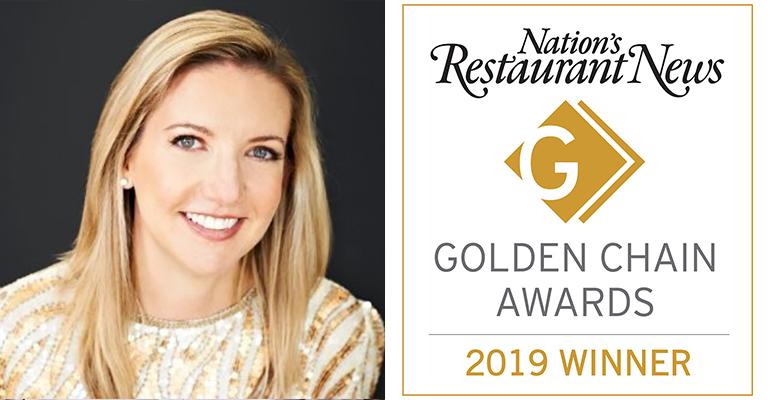 Julie Felss Masino to be honored with 2019 Golden Chain Award

Taco Bell North America President Julie Felss Masino, who is driving the culture-making initiatives at one of the industry’s most envied quick-service brands, has been named to the 2019 class of Golden Chain Award winners.

The annual Golden Chain Awards, presented by Nation’s Restaurant News, celebrate the best leaders in the restaurant industry. Recipients are selected for running industry-leading operations, mentoring top teams and creating opportunities for others.

Masino, who joined Irvine, Calif.-based Taco Bell in January 2018, has packed her first 15 months with a bevy of industry-leading initiatives. As an operations and unit growth specialist, Masino’s initiatives at Taco Bell include: introducing the record-breaking limited-time product Nacho Fries to the menu; launching nationwide delivery through a partnership with Grubhub; creating hiring parties to attract new employees; doubling the number of urban restaurant openings in 2018; increasing the Live Más Scholarship awards from $3 million to $4 million; and unveiling a test of the chain’s first menu dedicated to vegetarians.

She came to Taco Bell from Mattel and, prior to that, was the CEO and president of Sprinkles Cupcakes during its national growth push. She also spent 12 years in various positions at Seattle-based Starbucks, including holding vice president roles in global merchandise and global beverage divisions.

Both report directly to Yum Brands CEO Greg Creed, who served as CEO of Taco Bell prior to taking over leadership of the brand’s parent company.

In a previous interview with NRN, Creed said he likes what he sees from his two co-presidents. “Right now, I’m really happy with how the brand is being run,” Creed said.