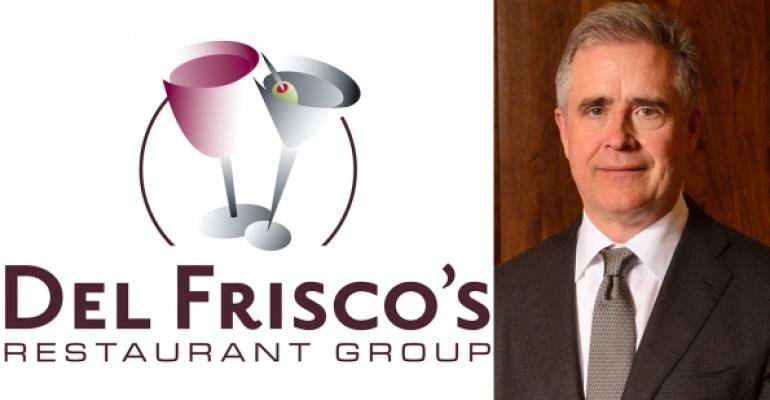 “Mark’s stewardship and passion for our brands have earned him the trust and respect of all of our stakeholders, and has left an indelible imprint on this company,” Del Frisco’s chairman Ian Carter said in a statement. “He will be sorely missed.”

Abdallah was an operating partner for CIC Partners, where he took an operating and investing role at the private-equity group’s portfolio companies.

Before that, he had been the interim CEO of Dinosaur BBQ. He also established a restaurant investment platform for a family office. Previously, he worked with Romano’s Macaroni Grill before its acquisition by Ignite Restaurant Group Inc. He has worked with Restaurants Unlimited and Fired Up Inc., parent company of Carino’s Italian.

“Norman is highly regarded as a strategic, results-driven restaurant executive with a strong, entrepreneurial work ethic, and has demonstrated a commitment to business and operational excellence,” Carter said. “His personal integrity, extensive restaurant experience in top-tier, private-equity-backed companies, including several national and international restaurant concepts, and strategic perspective as a chief executive officer, makes him the ideal fit to guide Del Frisco’s to even greater success in the coming years.”

Del Frisco’s, based in Southlake, Texas, operates 52 restaurants, including Del Frisco’s Double Eagle Steak House, Sullivan’s Steakhouse and Del Frisco’s Grille. The company’s stock has been largely flat for the year, but declined by a third last year.

Same-store sales fell at all three of the company’s chains in its most recent quarter, including a decline of 3.7 percent at Del Frisco’s Double Eagle Steak House.

“As we look toward the future of Del Frisco’s, I am honored to lead and steward this company and its highly regarded brands,” Abdallah said in a statement. “I will leverage the tremendous operating culture Mark built to ensure our strategic initiatives deliver meaningful shareholder returns and continue to make Del Frisco’s the employer, provider and investment of choice.”

Mednansky had been CEO of Del Frisco’s since 2007, and guided the chain through an initial public offering in 2012.

“It has been my honor and privilege to work with our dedicated and passionate team for the past 18 years,” Mednansky said in a statement. “Now is the appropriate time for me to retire from Del Frisco’s and for new leadership to drive the company into the future.”