/sites/all/themes/penton_subtheme_nrn/images/logos/footer.png
Recent
Recent
Starbucks, restaurant operators pitch in after Uvalde, Texas, shootings
May 26, 2022
Solutions to supply-chain woes shared at the National Restaurant Show
May 25, 2022
Flavor of the Week: Korean Barbecue
May 25, 2022
Strengthen Your Website’s Online Ordering Performance with On-Demand Delivery
May 25, 2022
5 food and beverage innovations at the restaurant show
May 25, 2022
Featured
Tech Tracker: Toast launches POS solution for quick-service restaurants
May 17, 2022
Memphis Seoul brings Korean BBQ and Southern cooking to Brooklyn
May 11, 2022
Executives on the move: 13 restaurant leaders with new positions in April
May 03, 2022
Wow Bao launches one of the first loyalty programs in the virtual restaurant industry
May 24, 2022 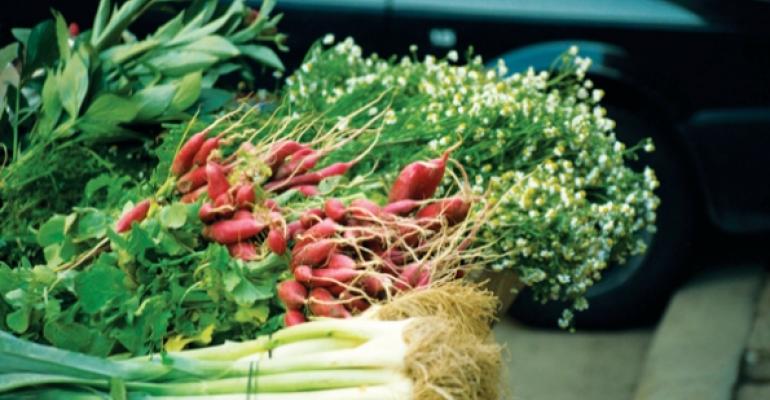 This article does not necessarily reflect the opinions of the editors or management of Nation’s Restaurant News.

In recent years, food activists have pressured restaurants to expand organic, sustainable, humane and GMO-free offerings for consumers. These crusades are promoted by self-anointed arbiters of the good who browbeat restaurants into accepting their arbitrary edicts.

It’s long past time for restaurateurs to stop caving in to the agendas of the self-appointed food activists. Labeling something GMO free doesn’t make it any more healthful, but it can raise food prices and confuse consumers. Moreover, while consumers may claim to support so-called organic foods, they may be less willing to pay more for them. If you’re one of the operators trying to piggyback on so-called sustainable claims, expect to be in for a shock.

The craze over genetically improved foods, or GIFs, is a perfect example. Food activists decry GIFs as harmful, despite volumes of scientific research to the contrary. Using modern biotechnology, GIFs allow farmers to grow more food on less land. A return to old agricultural practices, as food activists demand, would reduce food production and raise prices, making it harder for Americans to feed their families.

It would hit guests in the pocketbook. Are you ready to increase prices?

Research confirms that GIF labeling has the consequence of making food more expensive. It makes sense: Compliance auditing and product sequester costs increase at each step of the supply chain. These costs get passed on to consumers — industry projections show that GIF labeling alone would add $450 to a family’s annual grocery bill.

GIF labeling also causes needless confusion. The American Association for the Advancement of Science declares the labels could “mislead and falsely alarm consumers.” Meanwhile, the American Medical Association explains that GIF labels have “no scientific justification.”

Restaurateurs who stand against the anti-GIF crowd have science on their side. A growing consensus of scientific authorities has deemed GIFs safe and beneficial, including the National Academy of Sciences, the World Health Organization and the AAAS. The only people who remain opposed to GIFs are radical food activists pushing an organic agenda.

GIFs are an important fight, but they are hardly the only one. The term “organic” has become nearly universal. But while it means one thing to the government, what does it mean to consumers? Price gouging.

Research shows that consumers generally like the idea of organic foods, but just how much they’re willing to pay is another question. A recent Harris Poll survey, for instance, found that nearly 60 percent of respondents “think labeling food or other products as ‘organic’ is just another excuse to charge more.” Meanwhile, a 2011 study by The NDP Group found that 70 percent of consumers “don’t expect to pay a premium” for organic foods when they dine out.

Are you seeing increased demand for organic, sustainable or GMO-free items? Join the conversation in the comments below.

Others falsely conflate “organic” with “safe.” Such claims have little basis in reality. Consider, for instance, E. coli. In 2011 one of the deadliest outbreaks in modern history was linked not to conventional foods, but to organic bean sprouts from a farm in Germany. Two years ago, an E. coli outbreak linked to organic spinach infected 33 people in five U.S. states.

There are other unsavory consequences of going organic. Since organic foods use animal manure as fertilizer, to go all organic would require clear-cutting forests. The U.S. alone would need 1 billion more head of cattle to provide the fertilizer and 2 billion more acres of cropland to feed the cattle, according to one estimate — that’s more than the entire land area of the United States (2.3 billion acres).

Those pushing GIF- or GMO-free and organic foods are not scientific authorities, but political activists. A recent report in Academics Review exposes the duplicity. In the “Organic Marketing Report,” researchers explain that the organic food industry has profited from a “multidecade public disinformation campaign” that falsely claims organic foods are more healthful than conventional foods.

These groups are interested in their own bottom lines, not yours.