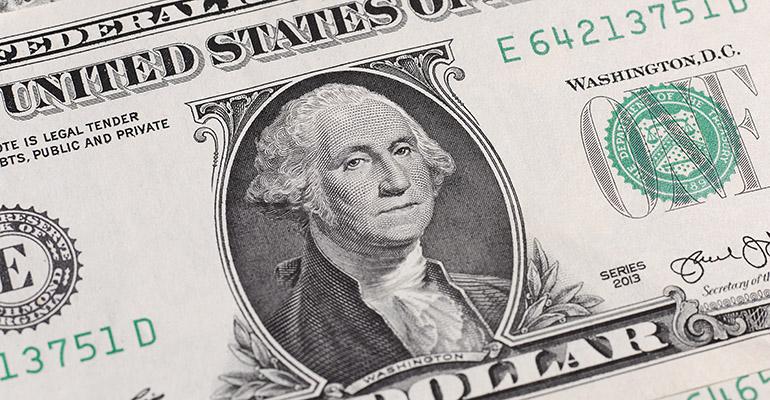 Peter Dazeley / The Image Bank
Vijay Vaitheeswaran, the U.S. business editor for The Economist, on the state of the economy and recovery.
Operations

What’s in store for the economy? Vijay Vaitheeswaran of The Economist gives a preview of the economic trends he foresees

Now is the time for mistakes, so take the risk, says Vaitheeswaran

Innovation has become accelerated and it’s time to either risk it all or fail for not trying, according to Vijay Vaitheeswaran, the U.S. business editor for The Economist. Ideas, he argued, can and should come from anywhere in the company and executed as quickly as possible.

During Tuesday’s Restaurants Rise powered by MUFSO session “Disrupting the economy: What lies ahead for business,” sponsored by DMA, Vaitheeswaran laid out how the restaurant industry, and the world at large, can prepare as the consequences of the almost year-long pandemic sets in.

The pandemic is projected to cost the economy $20 trillion globally, according to Vaitheeswaran, but it has forced economies to speed up trends that were already beginning.

These “megatrends” that were already in progress before the pandemic began in late 2019 include urbanization, demography, the rise of the true middle class and hyper-connectivity. It’s the last megatrend, hyper-connectivity, that affects the restaurant industry more than any of the others.

Hyper-connectivity has led to the empowerment of innovators and the cataclysmic expansion of technology and its enhancements to daily life, especially during COVID.

This hyper-connectivity includes policies involving privacy. The U.S. has many protections around privacy, while many countries in Asia have few, making the COVID death numbers smaller in places where contact tracing was done through technology and tracking when people didn’t know they were being tracked. 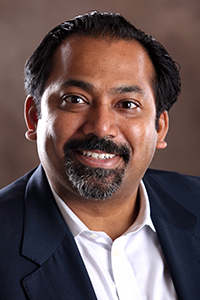 This will help moving forward as the world has entered a deadly super-bug era, said Vaitheeswaran, left, one it had been poised to enter for years.

“As life goes back to normal and people return to work and restaurants, it will be easy to forget about this problem [COVID] and I urge you not to forget.”

Within the last month, two major restaurant chains have unveiled plans to tackle the issue of carbon emissions — Chipotle and Panera Bread. This comes after a year during which chains like Just Salad, Burger King and Burgerville all implemented strategies to inform customers of their carbon footprints or reduce carbon emissions from the beef they used.

The restaurant industry has already encountered another one of Vaitheeswaran’s “Wicked Global Problems” this year, Global Weirding.

Vaitheeswaran explains this as the world’s environment shifting in ways we could not predict, such as with the intense fires across California hitting the supply chain, and the location of factories so they avoid these disasters and future ones.

What can restaurants do?

How can restaurants survive these crises?

“This is the time to take the risks. The cost of failure is lower,” Vaitheeswaran said. 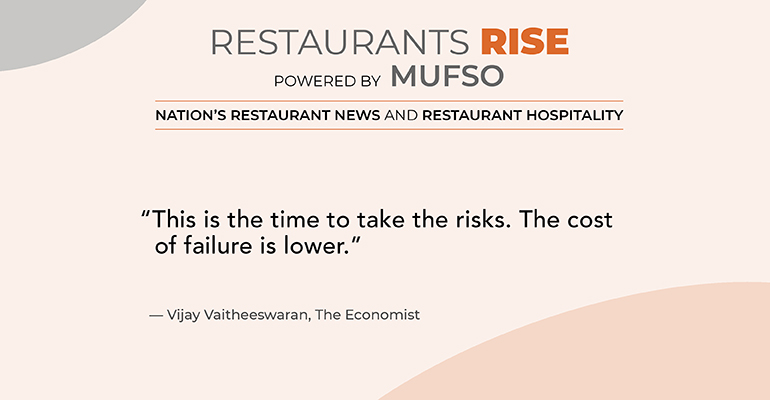 Proximity – This is an acceleration of trends along with the emergence and convergence of technology, including 3D printing, drones and additive manufacturing.

For example, much of the early aughts in the U.S. was about “Made in China” labels on everything due to cheap labor. But as the practices around labor came to light and the U.S.’s increased nationalization increased, the desire for local goods began.

During the pandemic, the need for local goods has only increased, with consumers wanting ingredients to be from as close to their homes as possible because they are “more attuned to local tastes,” according to Vaitheeswaran.

Frugality – The days of spending money on luxurious meals have come to an end. The industry has already seen fine-dining establishments pivot to selling to-go food at lower prices, invest in drive-thrus and eliminate the white tablecloth experience, and there is research behind the notion that that experience will not be back for a while yet.

“Frugal is going to be the new normal,” Vaitheeswaran said. “Many consumers will spend less and will do so less ostentatiously…eat out less or eat out in a less showy way.”

Vaitheeswaran stressed that the brands that succeed will figure out how to offer excellent, high-quality products without the “flash, bling or showy element of it.” 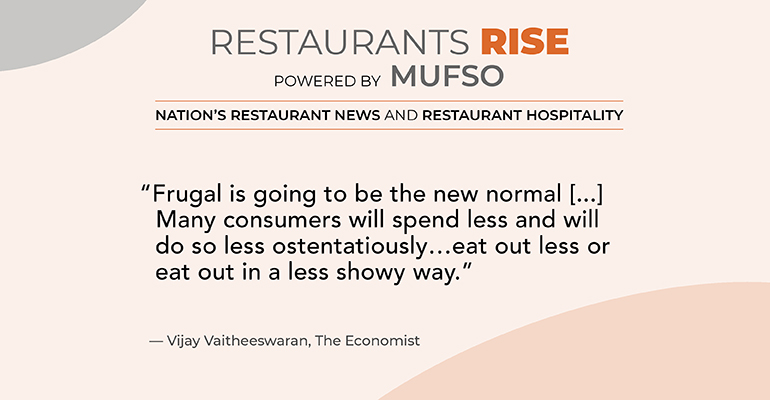 Part of that, Vaitheeswaran said during the Q&A portion of his talk, is transparency in fees. As customers become increasingly frugal, they won’t want to pay fees for delivery and COVID surcharges that, at the beginning of the pandemic, they may have considered a donation to a struggling business

Agility – Vaitheeswaran stressed being quick on your feet as a strategy for success.

“What we are really talking about is being quick on your feet and that, I think, most everyone in the restaurant industry knows much about,” he said.

But it goes beyond that and into innovation. The ability to innovate quickly, without fear of failure, is what will set successful businesses apart, he said.

“You have to overcome analysis paralysis where you’re frozen, unable to make decisions and stuck in the status quo or a legacy business model… it may not be a winning strategy during or after the crisis,” he said. “Maybe brands have innovation teams in a silo thinking of crazy ideas and then you do a pilot.”

The biggest part of agility is fast failure, or fast learning, which is frequent experimentation that either leads to success or failure. If an idea fails, agility is picking up the next idea and trying that out.

“That kind of rapid experimentation and nimble decision making, which involves risk, is the new normal coming out of this crisis,” Vaitheeswaran said. “That’s what agility means if you want to survive in this new economy.”

Connectivity – Bringing others into the process is a big part of success — not just between coworkers, but between companies as well. Vaitheeswaran implored business owners to think outside the box when it comes to developing new partnerships.

“Collaborators are emerging, cutting across corporate silos,” he said.

Part of this is actually hurting some industry players.

“Crises like this typically lead to consolidation,” Vaitheeswaran said.

Big tech companies such as Uber, DoorDash and Grubhub have consolidated over the past year to create two dominant third-party delivery companies. Vaitheeswaran says the anti-trust regulators in the U.S. have woken up. The strong may eat the weak, as Vaitheeswaran said, but the “threat of anti-trust is good to prevent market abuse.”

Vitality – Everyone’s favorite pandemic word is pivot. Vitality in today’s world is “pivoting and yearning to stay healthy during a time of crisis.”

Customers — who, surveys show, are increasingly conscious of sanitization and safety at restaurants and the transparency of brands — will rely on vitality when choosing a restaurant, Vaitheeswaran said. 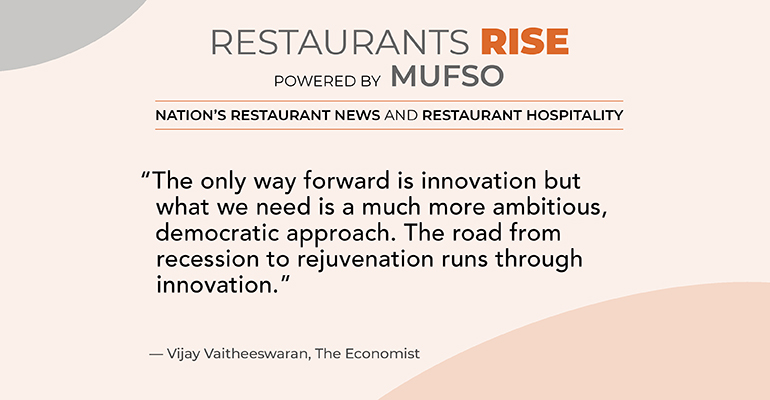 “How do we put vitality first? How do we assure our customers that what we offer is safe and we care about them?” he said. “Customers will question loyalty if these questions aren’t answered.”

How can the U.S. and the world go from recession to rejuvenation?

“The only way forward is innovation but what we need is a much more ambitious, democratic approach. The road from recession to rejuvenation runs through innovation,” Vaitheeswaran said.