/sites/all/themes/penton_subtheme_nrn/images/logos/footer.png
Recent
Recent
Plant-based meat alternatives battle for market share at restaurant show
May 20, 2022
San Francisco based Lazy Susan aims to be the Domino’s of Chinese takeout
May 19, 2022
The first NFT marketplace for restaurants could be the next frontier in digital loyalty
May 19, 2022
Subway Cares Foundation™ launches to support communities around the world
May 19, 2022
Trending: Executive shuffles at Brinker, KFC
May 19, 2022
Featured
Tech Tracker: Toast launches POS solution for quick-service restaurants
May 17, 2022
Meet 4 emerging NYC concepts
May 16, 2022
Memphis Seoul brings Korean BBQ and Southern cooking to Brooklyn
May 11, 2022
Executives on the move: 13 restaurant leaders with new positions in April
May 03, 2022 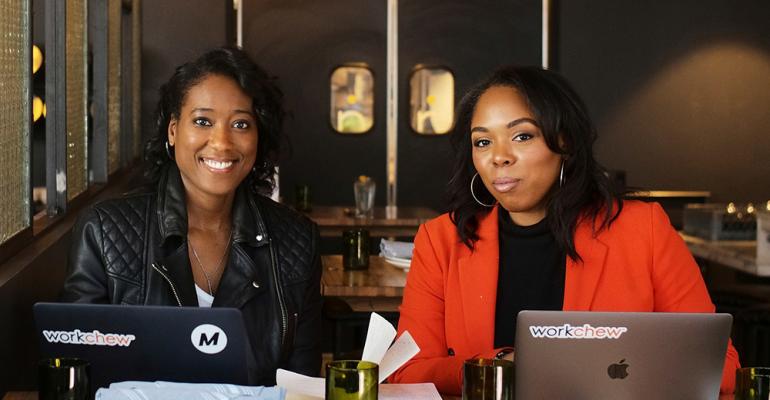 The restaurants-as-workspace model is back

A handful of restaurant operators, including dining-and-gaming chain Pinstripes, are seeking to drive incremental revenues during off-peak hours by opening up their underutilized space to remote workers through a new workspace-rental platform that acts like an extension of the restaurants’ marketing departments.

WorkChew, which currently operates in three cities and recently received financial backing to help it expand nationwide, is following in the footsteps of other companies — such as Spacious (owned by WeWork) and KettleSpace —  that have connected workers with low-cost, daytime workspace in restaurants.

Unlike those companies, however, WorkChew only partners with restaurants that are open during the day, and is focused primarily on securing enterprise business clients, rather than individual freelancers. It also partners with hotels to rent out their underutilized space.

Companies can deploy their remote teams to these restaurant and hotel spaces for as little as $20 per person per month. WorkChew is currently working with about 15 restaurants in Washington, D.C.; Philadelphia and Chicago, and plans to expand soon to San Francisco, Seattle, Los Angeles, Miami, Atlanta and Denver.

For Northbrook, Ill.-based Pinstripes, WorkChew appears to dovetail neatly with the company’s efforts to attract business groups to use its space.

“We thought it was natural fit to work with a company like WorkChew,” said Don Hoffman, chief marketing officer at Pinstripes, which has 13 locations offering upmarket casual dining along with bowling, bocce and other entertainment. 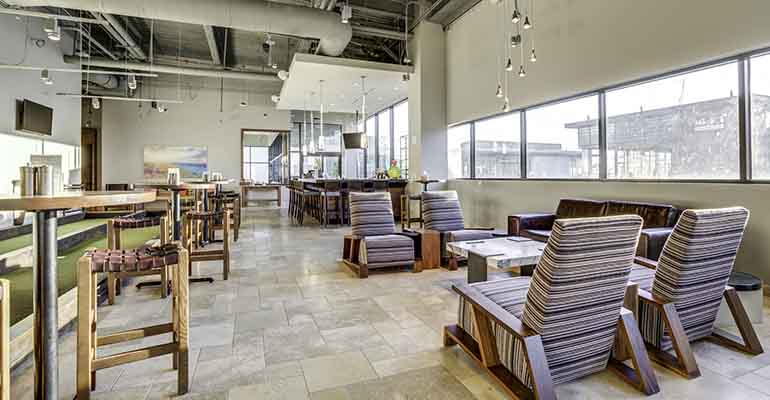 Pinstripes was already well-positioned to host business meetings, with equipment on hand for multimedia presentations and experience working with corporations to stage events such as holiday parties, for example. The chain also has expansive dining and lounge areas that provide a range of different types of spaces that workers can select from.

“There was a significant reluctance to use spaces like ours when businesses had their own conference rooms, but our research tells us people will continue to use nontraditional types of space to gather and to hold meetings, and where they can work from,” said Hoffman.

He said Pinstripes only recently began its partnership with WorkChew at locations in Chicago and Washington, D.C., and expects to expand with the company as it grows in other markets and as restrictions on indoor dining ease.

“Where they are coming onstream, we are going to come onstream with them, were it makes sense,” Hoffman said. 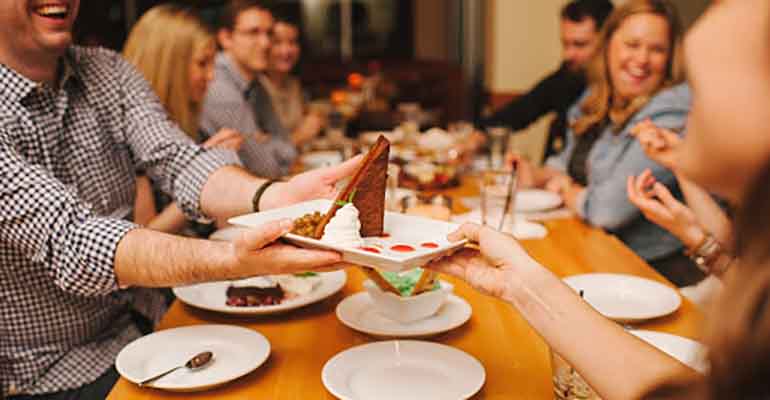 Pinstripes sees the WorkChew partnership as a natural fit with its efforts to attract business events.

Restaurants pay a one-time fee of $150 to become listed on the WorkChew platform, which in turn markets the spaces, and their menus, via social media and other digital channels, according to Maisha Burt, co-founder and CEO of WorkChew. The company promotes the restaurants by notifying WorkChew users of special offers and happy hour deals, for example.

“The restaurants see us as another marketing channel,” she said. “We are driving traffic into the space, and those people are then ordering food and drinks, and the restaurants keep 100% of that revenue.

“We work hard to manage that relationship, and to make sure the restaurants are getting the most out of our members,” Burt said.

Most of the restaurants involved with WorkChew offer free coffee and tea to WorkChew members, and many offer food discounts that average around 10% off regular menu pricing, she explained. Many members return to the same restaurants day after day, Burt said.

Two-unit casual dining operator HalfSmoke was one of the first restaurants to partner with WorkChew at its Washington, D.C., location. It has enjoyed a considerable bump in daytime sales since signing on, said Andre McCain, founder of HalfSmoke.

“It brings business during off-peak periods, also gives us another channel for customer acquisitions,” he said.

McCain said HalfSmoke attracts about 20-30 WorkChew members each day, who can add hundreds of dollars in incremental sales. 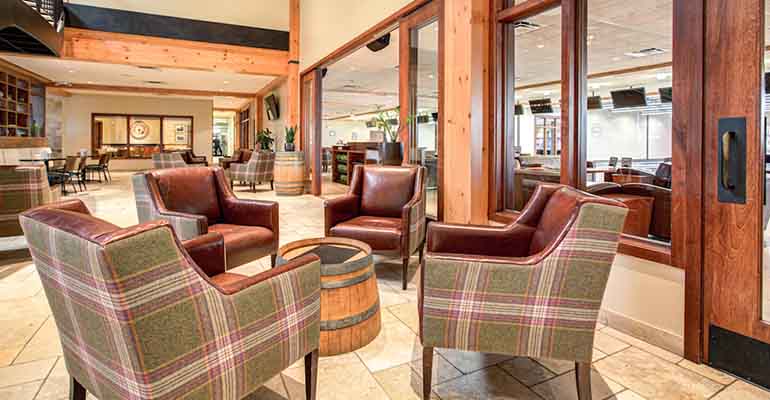 WorkChew members can reserve specific tables in dedicated areas and get discounts on food and drinks at Pinstripes.

WorkChew members also have the option of ordering food through the WorkChew app. In many restaurants where WorkChew has a presence, the servers are not involved at all, and members who order food pick it up themselves at the bar, according to Burt. Members also check themselves in using QR codes, and table tents offer instructions about Wi-Fi use and other needed information.

“There’s really no need for the restaurant or hotel staff to engage with the customers,” Burt said. “We have found that servers come around because they are in those spaces anyway, but most people who order food, order through the app.”

In addition to marketing WorkChew to corporate clients as an off-site workspace solution for their employees, the company is also open to individual users at a rate of $49.99 per month, which gives them access to any location for up to four hours per day, plus access to whatever perks the restaurant may be offering for users.

Burt anticipates that as dining restrictions ease, more WorkChew members will invite friends to join them at the restaurant spaces and will host more business meetings.

“Post-pandemic, we think we will have even more demand for workspace, especially as more companies embrace a hybrid work model, and bring fewer employees back to the office full-time,” she said.