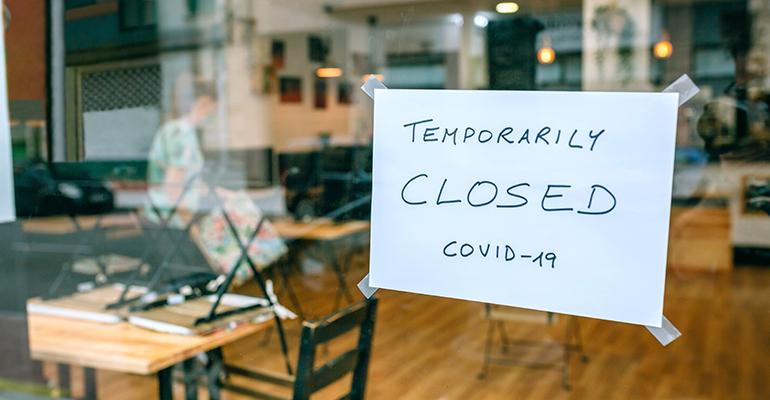 U.S. unemployment rate remains at 6.7%, but foodservice and drinking places lose 372,000 positions in the month, according the Bureau of Labor Statistics

Restaurants and bars lost jobs in December while most other industries increased positions, according to a U.S. Bureau of Labor Statistics report Friday, leaving the nation’s unemployment rate unchanged at 6.7%.

“The decline in payroll employment reflects the recent increase in coronavirus (COVID-19) cases and efforts to contain the pandemic,” the bureau said. “In December, job losses in leisure and hospitality and in private education were partially offset by gains in professional and business services, retail trade and construction.”

In December, leisure and hospitality jobs declined by 498,000, with three-quarters of the decrease, or 372,000 positions, in food services and drinking places, the bureau said. Employment also fell in the amusements, gambling and the recreation industry (down 92,000) and in the accommodation industry (down 24,000).

Since February 2020, before the pandemic was declared in March, employment in leisure and hospitality has fallen by 3.9 million jobs, or 23.2%.

“Restaurants were hit harder than any other industry during the pandemic and still have the longest climb back to pre-coronavirus employment levels,” said Bruce Grindy, chief economist with the National Restaurant Association's, in his latest monthly analysis.

The Independent Restaurant Coalition, in a statement Friday, noted that the unemployment in the leisure and hospitality sector in December was 157% lower than the national average.

“The people who work in restaurants and bars are uniquely hurt by this pandemic, and don’t deserve it,” the coalition said. “Over 110,000 restaurants and bars – over one in six across the country – have been left with no choice but to permanently close since March, destroying an important ladder of economic opportunity for millions of people.”

"As we saw in this morning’s jobs report," Biden said during remarks on cabinet announcements Friday, "restaurants, bars and the hospitality industry have been slammed by the virus. We will direct relief to these businesses and others that have been hit hardest. We owe them that support to help them get through the other side of this crisis."

Restaurants and bars have lost more than 2.4 million jobs since the start of the pandemic, more than any other industry, the coalition noted.

More than 34,000 members of the independent restaurant and bar community signed a letter to Congress in December urging action on the RESTAURANTS Act, a bipartisan bill that would have established a $120 billion restaurant revitalization fund. The “Real Economic Support That Acknowledges Unique Restaurant Assistance Needed to Survive” Act died in in the 116th Congress.

“Job losses were somewhat less severe in the limited-service segment, as roughly one in four operators reported staffing that was at or above normal levels,” Grindy noted of the November survey. “Still, a majority of limited-service operators said their staffing was below normal.”

Update Jan. 8, 2021: This story has been edited to include remarks from President-elect Joe Biden.