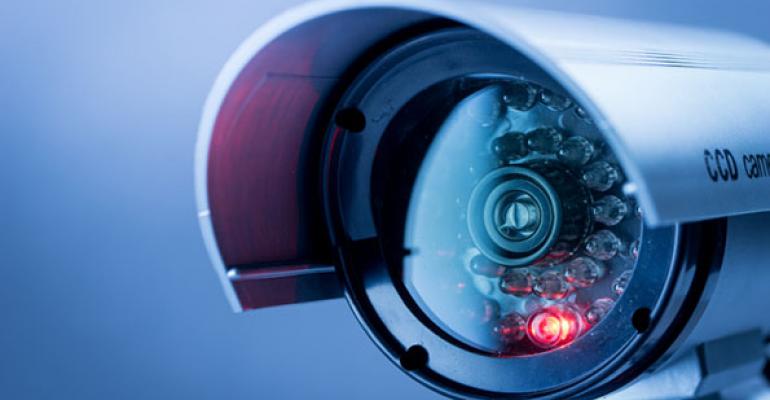 Bar cameras: To have or not to have?

I once worked at a fine-dining, high-volume restaurant in Times Square. Not only did I take my first wine class there — which would light a fire under me that would lead to a career in the beverage world — but it was also my first encounter with surveillance cameras in my place of employment. And like everything else in Times Square, a simple camera was not enough. The owners went big. According to some, over 100 cameras filled the place, the vast majority trained solely on the employees. I saw multiple colleagues lose their jobs over infractions caught by the cameras’ lens.

One senior server received a complaint from a guest that they’d waited nearly 10 minutes to be greeted. When a manager confronted her about this, she responded that it was at the height of dinner rush and, according to her tally, it couldn’t have been more than five minutes. Out came the surveillance tape and a stop watch. When it was confirmed that it was seven minutes, she was fired for lying to the manager. This single act of observing a previously recorded interaction, quickly followed by an instant termination, sent ripples of fear through the staff. We were all constantly on eggshells, our every move potentially being monitored and scrutinized. The fear was palpable and many felt a constant lack of trust from management. It became “us versus them” and the restaurant that seemed like a well-oiled machine on the surface became a workplace rife with paranoia behind the scenes. This was, no doubt, an extreme end of the spectrum, but many operators vacillate between using cameras to protect their operations from crime and leaving them out of the mix, believing they’re instilling a culture of trust with their staff by having no cameras aimed at them. Cameras can catch employee theft, criminal activity, as well as give owners a real-time look at the service floor. But at what cost?

Ben Sandler, co-owner of The Queens Kickshaw and Wassail, in New York City, has worked in bars and restaurants for decades. Over the course of his career, he has evolved from being distrustful of cameras to now fully embracing them...and not just for obvious reasons. “For us, the biggest advantage is to be able to monitor how busy we are to determine if our floor presence is necessary,” said Sandler. “This way we can get work done in the office and help out when we are needed. We open very early in the morning, and I have at times called the restaurant to tell a worker something. When the phone is not answered, I can look at the live video feed and have at times found that the lights were off when we should have been open for business. Also, one cannot deny that theft is very common in restaurants and bars. Cameras can be a deterrent to theft, but equally important when there is a suspicion, one can check footage and see that there was nothing to worry about.”

For Dan Bronson, Bar Manager at Crescent and Vine, also in New York City, he feels that the luxury of oversight comes at an expense. “They [cameras] probably do catch the occasional, legitimate problem. The issue is that the distrust and hostility that comes from this style of management, though, doesn't go unnoticed. You might have a tight ship and short ‘loss column,’ but that indefinable ‘aura’ of your establishment is tainted. Nobody likes looking into a lens while working, and your talent pool will suffer,” said Bronson.

Recognizing the necessity of having some sort of camera for safety reasons, Bronson has seen success with a middle ground approach. “Thankfully, my current bar doesn't use cameras, save for a single security camera out front,” he said. “When a register is off, does it make it more difficult to track the problem? Of course. But the value of having a staff and clientele who feel inherently trusted and safe greatly outweighs most inconveniences.”

Owners may want to consider making the decision on how they’d like to approach the use of cameras long before they open their doors to staff and customers, alike. “I can understand that installing them after an opening, once the culture is already set, can be hard to navigate,” says Michael McAvena, Beverage Manager for two properties owned by Heisler Hospitality in Chicago. “At a previous job, I remember the day the cameras were installed. The staff felt it was an invasion. There was already a culture of mistrust, both from the owner/operators and the employees, and the cameras definitely inflated these issues for quite some time. Every restaurant I've worked at since, though, has had cameras from the beginning. I like knowing they are there to protect the patrons and the staff, as well the assets of the business.”

Sandler’s co-owner, Jennifer Lim, recalls one of these instances. “We had a customer who ordered a tea to go, paid with a fifty dollar bill, then claimed she was short-changed. Our barista had a feeling that she had seen her before and the same situation had happened, and that she was ninety-nine percent certain that she counted out the change properly. We reviewed the tape and saw that the woman very quickly slipped a $20 in her pocket. By the time we went upstairs she had already left.” But when she returned again, Sandler was now on to the scheme. “She did the same stunt where she asked for her change to be corrected,” he recalls,“but I told her we wouldn’t do it, saying, ‘you have really rotten luck you know. This exact thing happened to you last week!’”

Using a camera to substitute for the diligent work of a manager can be a trap. “Unfortunately, implementing a camera system in your bar is often an ill-fit replacement for good hiring practices,” said Bronson. “Instead of spending time and energy researching, scouting, and putting together a vouched and reliable team, cameras allow owners/managers to hire casually and watch from home as they sink or swim.”

Theft and guest shenanigans aside, a big advantage of cameras for today’s operators are the ease of smartphone apps that allow one to leave the floor while still keeping an eye on service. “It allows me to be able to ‘be’ at the bar at all times without having to actually be in the building,” said Jamie Boudreau, owner of Canon, a high-end cocktail bar in Seattle. “This allows me to multitask, as well as informs me of when to cut staff, or if there is a special guest that needs extra attention. This enables me to get away, knowing that I can pop back in if it gets busy. One would like to think staff knows when to ask for help, but they rarely do.”

Would you put cameras in your bar? Why or why not? Join the conversation in the comments below.

However, with every benefit of this type of technology, comes a danger. “Yes, you're able to peek in the restaurant at your choosing, checking on crowds, seeing where guests and employees are congregating, and use that data to help the shop run more efficiently,” said Bronson. “But, the inherent downside is you can never leave work. In an industry where sixteen-hour days aren't unheard of, the piece of mind in ‘leaving for the night’ becomes elusive with cameras.”

How, or if, you choose to implement a camera system depends entirely on how you approach your business. Be it as a simple failsafe only to be used after an incident has taken place, or to monitor your operation from afar in real-time, being transparent with your staff about how they are being used, and reminding them that it can work for them, too, is essential in creating a culture where staff and technology can happily coexist. From a business side, Lim has confirmed that guests were helping themselves from beer taps when the bartender wasn’t looking, but she has also caught some joyful moments, as well. “The best moments on camera at Kickshaw have been of the staff having a good time and dancing together,” she mused.