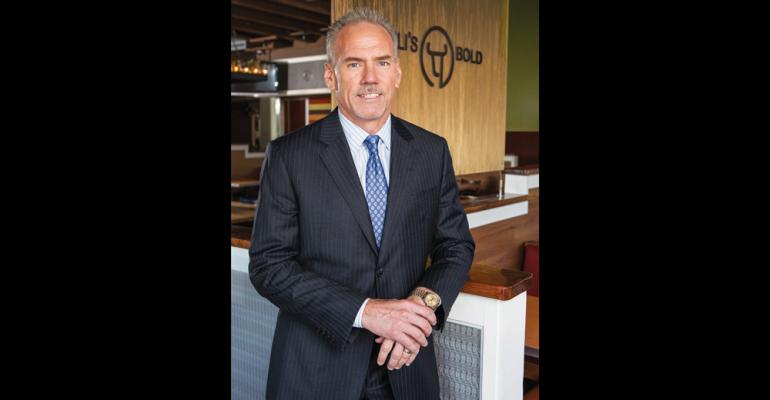 Restaurants continue to struggle with how to integrate the latest technology into their restaurants to enhance their customers’ experience and, ideally, to boost sales and garner consumer knowledge. But Wyman Roberts has been breaking new ground in that area since he took the helm as CEO of Brinker International Inc., parent company of Chili’s Grill & Bar and Maggiano’s Little Italy, at the beginning of 2013.

That year he started testing Ziosk table-top tablets at 28 restaurants in the 1,600 unit Chili’s chain, allowing guests to order some menu items, play 99-cent games and pay their checks on the devices. The result was an increase in per-person checks, including bumps in coffee sales and as much as 20-percent increases in dessert sales.

Customer feedback via the devices also reportedly increased, and so did collection of customer data, such as their email addresses, allowing for more targeted marketing.

So Roberts expanded the use of tablets to 200 locations by September of 2013, and rolled them out to the remaining 823 U.S. company-owned locations the following year.

He continued technological initiatives, implementing software upgrades that allowed for coupon redemption via the tablets and linking them to the loyalty program introduced under Roberts’ watch.

Over the past year he has pursued new strategies with new partners, including online ordering with technology company Olo and delivery with Postmates. Chili’s also has added appetizer ordering and smartphone wallet payment capability to its tabletop tablets.

Roberts is continuing to expand Chili’s horizons by making it the first restaurant chain to be part of the Plenti rewards program, which allows members to earn points for redemption at other businesses as well, including car rental companies, department stores, drug stores, gas stations on-demand video services.