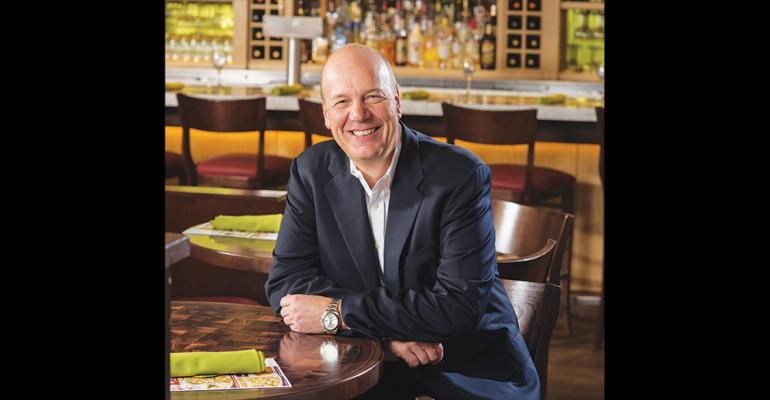 Gene Lee, who began his career as a busboy and now serves as CEO of the nation’s largest casual-dining company, knows successful restaurant culture from the bottom to the top.

His mastery of nurturing both people and profits was instrumental in Orlando, Fla.-based Darden Restaurant Inc.’s promotion of Lee to CEO in February 2015.

Lee, who joined Darden in a 2007 acquisition and later headed the company’s Specialty Restaurant Group, had “done a terrific job improving the energy and attitude inside Darden” with his “thoughtful, focused, hands-on leadership,” said Jeffrey Smith, then-chairman of Darden.

Lee has been honored frequently for his commitment to a positive culture at Darden’s Olive Garden, LongHorn Steakhouse, The Capital Grille, Eddie V’s, Yard House and other concepts. Lee last year was honored as an NRN Golden Chain award winner, and he received the 2013 People Report Workplace Legacy Award.

“When you look at an organization the size of Darden,” Lee said in a Golden Chain conversation with Denny’s Corp. CEO John Miller, “one person cannot have a whole lot of impact. It is about having great teams and making sure that those teams have strong relationships. One of my core beliefs is when you take talent and you multiply it with strong relationships, productivity increases.”

Those teams have yielded results, with Darden outperforming in the casual-dining segment. In its most recent first quarter, overall same-store sales rose 1.3 percent, and increased 2 percent at the flagship Olive Garden chain. Meanwhile, same-store sales in the casual-dining segment fell 1.4 percent in October, according to the MillerPulse survey.

“I tell our people all the time here,” Lee said of Darden, “just be great at what you’re doing and everything else will take care of itself.”