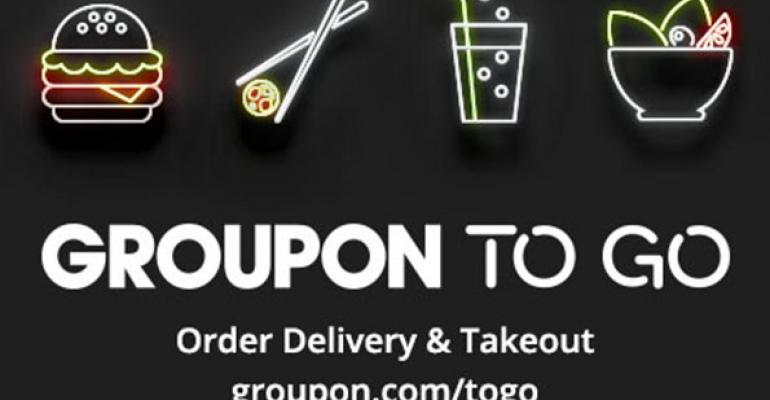 Deal promoter Groupon has launched restaurant delivery service in Chicago with plans to expand nationwide to serve the growing number of consumers looking for “on demand” dining, the company said Thursday.

Called Groupon to Go, the Chicago-based company has piloted the program with about 500 restaurants and chains since March. Unlike other technology-based delivery providers, Groupon combines the offer of delivery with a deal: 10 percent or more in the form of instant cash back for consumers that order through Groupon’s dashboard.

The launch in Chicago of Groupon To Go follows the company’s acquisition on July 16 of the delivery provider OrderUp, based in Baltimore. OrderUp is currently in 40 markets and is one of a growing number of third-party operators battling to capture a piece of the estimated $70 billion ordering-and-delivery business.

OrderUp will continue to operate as a stand-alone brand, but the acquisition gives Groupon access to the company’s established technology, as well as the ability to scale up delivery service quickly to compete with rapidly growing players like GrubHub/Seamless, Postmates and DoorDash.

Groupon boasts about 160 million visitors monthly around the world, and about 105 million customers have downloaded the Groupon mobile app.

Sean Smyth, vice president and general manager of Groupon To Go, said offering delivery is a natural extension for the brand.

Groupon is an established marketplace, he said. With OrderUp offering the “last mile” of delivery, bringing meals to the doors of consumers, the partnership offers an “end-to-end solution”

“Food and drink is one of the most popular categories for Groupon and we’ve been working with tens of thousands of restaurants for years,” he said. “We want to be the place you go before you do/see/eat anything, to see if there’s a deal or some value to be had.” 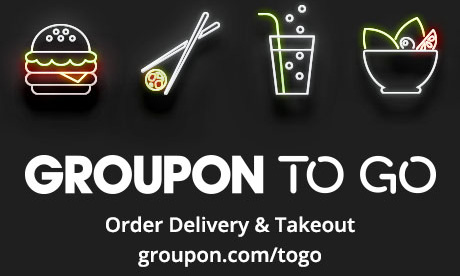 Over the past couple years, Groupon has been expanding its services beyond the deal platform to offer “solutions that appeal to a wide variety of restaurants,” said Nick Halliwell, Groupon’s public relations manager.

Last fall, for example, the company began offering a new reservations service, piloted with Chicago chef Rick Bayless. The service allows restaurants to drive traffic during off-peak hours by offering discounts specific to certain reservation times or days of the week. Guests can book through Groupon without the need for a voucher.

Smyth said the move into delivery grew organically as more restaurants asked for delivery or takeout options to be incorporated into Groupon deals. “This comes from a desire to do something meaningful in the space,” he said. “We want to help restaurants with fulfillment.”

The pilot in Chicago, however, included restaurants that already offered delivery services, such as chains like Quiznos, Popeyes Louisiana Kitchen and Subway, as well as independents like Ditka’s Restaurant, Al’s Beef, and Adobo Grill. Delivery fees vary by restaurant.

Smyth said Groupon is taking the discount out of its own margins in Chicago.

How Groupon To Go will work as it moves into new markets is yet to be determined, Smyth said. Delivery service may or may not include a deal, for example.

But, like OrderUp and other delivery players, Groupon To Go will depend on independent contractors as drivers, he said.

Groupon To Go will be expanded to Boston and Austin, Texas this fall, and the company plans to roll it out to other major markets in coming months, Smyth said.

In Chicago, Groupon is promoting the delivery service with the offer to win a Groupon To Go office party, complete with tailgate games and food delivered by former Chicago Bears coach Mike Ditka.

Correction: July 30, 2015 An earlier version of this story gave an incorrect title for Nick Halliwell. He is Groupon’s public relations manager.