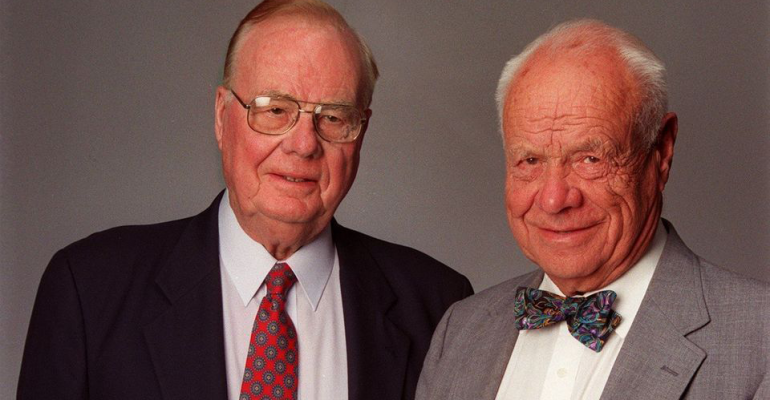 The original business sold two scoops for a nickel

Unemployed in the midst of the Great Depression, Curtis Blake's mom encouraged him to get into the ice cream business. He listened to his mother.

With the help of a $547 loan from his parents, Curtis and his brother, S. Prestley Blake, opened an ice cream shop in 1937. The small shop, located in the Blake’s hometown of Springfield, Mass., would go on to become the national family-dining chain Friendly's.

"The entire Friendly's family is deeply saddened by the passing of Curtis Blake, and we extend our sincerest condolences to his family and friends," said George Michel, Friendly’s CEO, in a statement. "Curtis and his brother, S. Prestley ‘Pres’ Blake, inspired the heart and soul of Friendly's. Their love of ice cream and Friendly's customers is at the core of everything we do, having cemented a wonderful legacy that will undoubtedly live on."

The Friendly’s story started on a fortuitously hot summer day, where Curtis and Prestley sold two scoops of ice cream for a nickel, undercutting their competitors.

"We wanted to create a place where ice cream was our whole business: We'd do one thing and do it right," Blake told Hemmings Daily in 2014. "One of us was always working, and we just had the one car. We went back and forth; when we closed our first shop at midnight, one of us would stay at the store and start making ice cream for the next day, and the other went home and slept. Then the ice cream maker would come home and sleep around 7 a.m. Then that one would go back to help with the noon hour, because we put in hamburgers and coffee in the fall."

The hard work paid off. 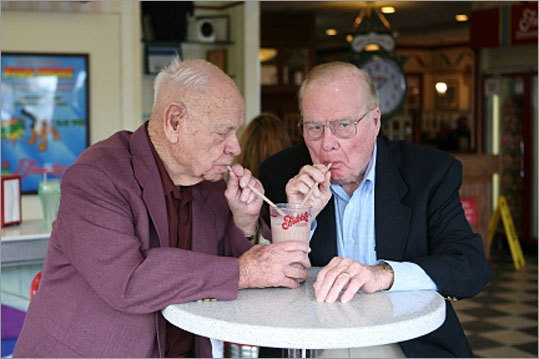 Over the next four decades, the brothers expanded to new locations and added menu items. When the brothers incorporated their business, they famously flipped a coin to decide who would be president. Curtis won.

The chain then changed ownership a handful of times, first it went to the Hershey Foods Corp. in 1979 then to the Tennessee Restaurant Co. in 1988. Today Friendly's is owned by an affiliate of Sun Capital Partners, a private-equity firm that bought it for $337.2 million in 2007.

Over the past few years, Friendly’s, along with a handful of other aging family-dining chains has been declining. Over more than a decade, Friendly's went from 505 to 174 units, and earlier this year, the chain announced it was closing another 23 locations in five states.

in a message to NRN. "The two Blake brothers create an accessible, affordable family-friendly business during the Depression that becomes a beloved institution. It grows bigger, gets acquired and reacquired again and again, loses its way a little, and ends up a national icon in grocery freezers and baseball stadiums. As chains go, it doesn't get much more American than that.”