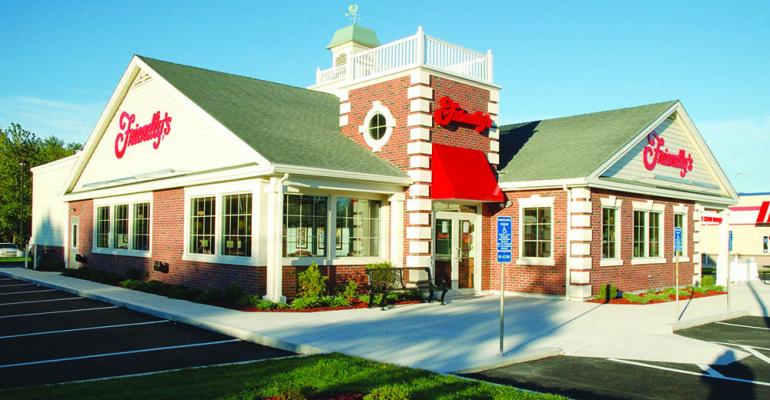 Friendly’s, one of a handful of aging full-service dining concepts diminishing across the nation, has closed 23 corporate-owned restaurants leaving the chain with 174 locations.

The restaurants closed as part of a plan to reinvigorate the family-dining chain. The closures included 14 restaurants in New York, three in Massachusetts, three in Connecticut, two in New Hampshire and one in Maine, according to a letter sent to franchisees from CEO George Michel.

In the April 8 letter, Michel said the Wilbraham, Mass.-based Friendly’s faces shifting demographics and consumer preferences, increased competition, and rising costs. To remain relevant, the company is embarking on a brand turnaround that includes a menu refresh, delivery and catering.

Before launching an overhaul, the company took a strategic look at its corporate-owned restaurants “with an eye toward ongoing viability and maximizing resource investment,” Michel wrote.

That assessment led to the closure of restaurants.

“While this was a tough decision, we are confident it will best position the brand for a bright future,” wrote Michel, who was appointed interim CEO last fall.

Friendly’s did not disclose how many employees were impacted. However, the company said it was “working to support them with opportunities at other locations or severance payments and other assistance.”

The closures are part of a downward spiral for legacy casual- and family-dining chains that have lost their relevance over the years, including Marie Callender’s, Ruby Tuesday, Claim Jumper and Mimi’s Café. As a result, their numbers have vastly decreased amid the emergence of independent restaurants and fast-casual chains that have captured the attention of a new generation of diners.

Eleven years ago, Friendly’s operated 505 locations. In 2017, the company had 231 units, nearly evenly split between franchise and company-operated locations, according to NRN’s Top 200 research. The company said it had system-wide sales of more than $320 million.