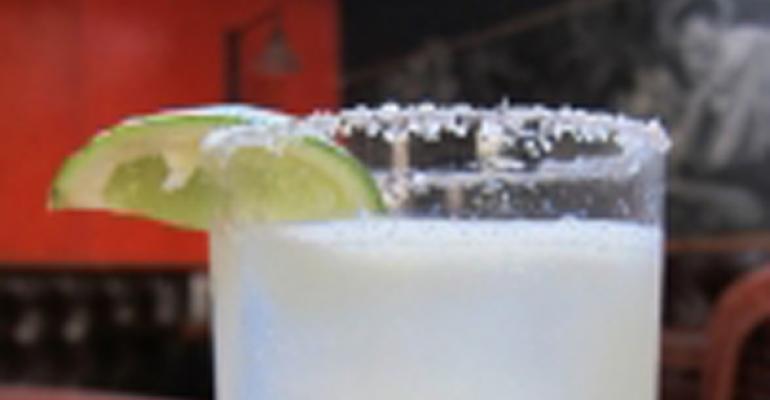 Mixologist Justin Pike of The Tasting Kitchen in Venice, Calif., hands out a secret list of his most cutting-edge cocktails to select guests, similar to the way some operators reserve a hush-hush food menu for folks in the know.

“If the servers see someone who is really excited and curious about some of our odd stuff, they bring it out,” said Pike. “There is something exciting about having a list that not everybody gets.”

“I had an art teacher who said there is something about wrapping an item that makes you want to know what is underneath,” mused Pike, who has trained in art school as well as behind the bar.

Pike moved to Southern California from the sophisticated Portland, Ore., mixology scene to open the bar of the new upscale farm-to-table restaurant in 2009. He brought a knack for distinctive cocktails nuanced with housemade bitters, drams and tonics, and centuries-old liqueurs like Chartreuse that were originally made for medicinal purposes.

He describes Carte Blanche like this: “The white Armagnac has a beautiful, very fruity nose. A dash of the pineapple gum with the lemon and the Pineau des Charentes play in a Cointreau-like way, elongating that taste. And we put in a grapefruit twist.”

Pike uses the secret list to try out creative new cocktails on a knowledgeable audience while allowing popular staple drinks to remain on the main list. That approach also saves the patron who likes the relatively familiar drinks on the main list from having to peruse the more obscure creations.

“There are days when I want a nice layered drink that has all these funky flavors coming together and makes me wonder what is going on,” said Pike. “And there are other times when I just want a beautiful Manhattan that is well balanced and well chilled and diluted to the right amount. You can get both at The Tasting Kitchen.”

That is not to say that the cocktails on the main list, priced at $11-$20, are mundane — not with efforts like the Mezcal Margarita, which features a smoky single-village mezcal, or the Barrel Aged Martinez, a cocktail aged for seven weeks in wood that combines gin, maraschino liqueur and Italian vermouth.

Guests may also discover the secret list by reading between the lines of the chalkboard drink menu at the bar. There Pike draws humorous little doodles and remarks, some of which gently chide patrons who have unadventurous tastes.

“There’s also another list if you ask,” reads one of his notes. “Unless you drink appletinis . . . then don’t bother!”

Another remark, appended to the Baby Bird, essentially a vodka tonic with lavender, jokes that vodka was invented by Martians.

For Pike, those messages lighten the mood. “One pitfall of this kind of bartending is that it sometimes takes itself a little too seriously,” he said.