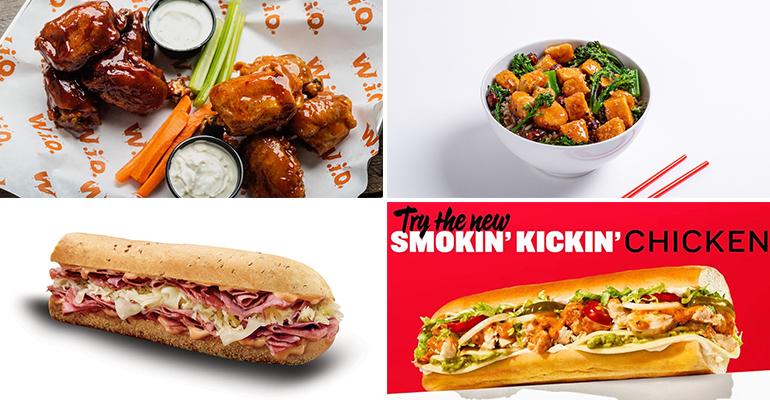 Valentine’s Day is fast approaching, and some chains, such as Baskin-Robbins and Krispy Kreme, are betting that, 10 months into the pandemic, some heart-shaped treats are in order. Bruster’s Real Ice Cream is being more subtle — its seasonal treats both have a splash of red — while Voodoo Doughnut’s monthly special is blue for some reason (but check back next week to see what it has planned for Feb. 14).

Cousins Subs is getting a leg up on St. Patrick’s Day with a mint shake and a Reuben sub, Yogurtland is celebrating its 15th anniversary with a super-tart yogurt, and Red Lobster has started its annual Lobsterfest with new items and returning favorites.

Seven-unit chain Wing it On! is selling chicken thighs as though they were wings, and Jimmy John’s has a new chicken sandwich, and it isn’t fried.

Velvet Taco’s weekly taco feature does have fried chicken tenders, but Torchy’s Tacos’ taco of the month has grilled, marinated beef. You can have Tijuana Flats’ new Fajita Taco with either chicken or beef.

In other meat news, Slater’s 50/50, the chain named for its burgers made with half beef and half bacon, is swapping out that bacon for sausage in a new line of pizza burgers.