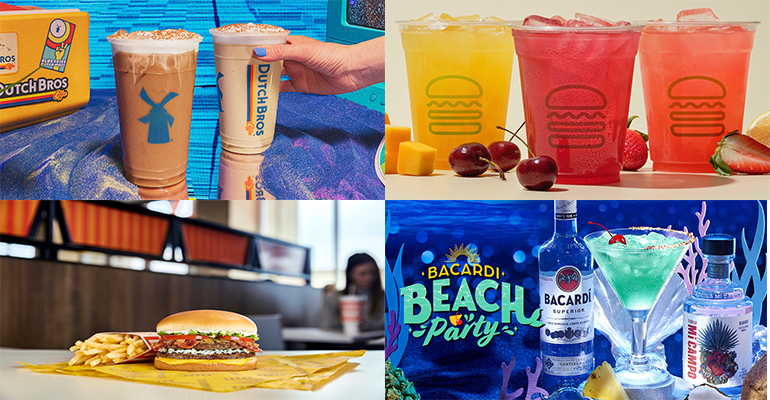 Fazoli’s is rolling out new ravioli, including one kind stuffed with the fixin’s for a Philly cheesesteak.

There are new burgers at sister chains Bonanza and Ponderosa as well as Whataburger, and Chili’s has a new Margarita of the Month made with rum as well as tequila.

Velvet Taco doesn’t have a new cocktail, but its Weekly Taco Feature is inspired by the Piña Colada.

Blimpie has two new pulled pork options, Zaxby’s has two new salads (or four if you count grilled chicken and fried chicken on the same base as different salads), Starbird Chicken has three new salads, and Culver’s has two new frozen custard flavors for franchisees to put in their daily rotation if they want to.