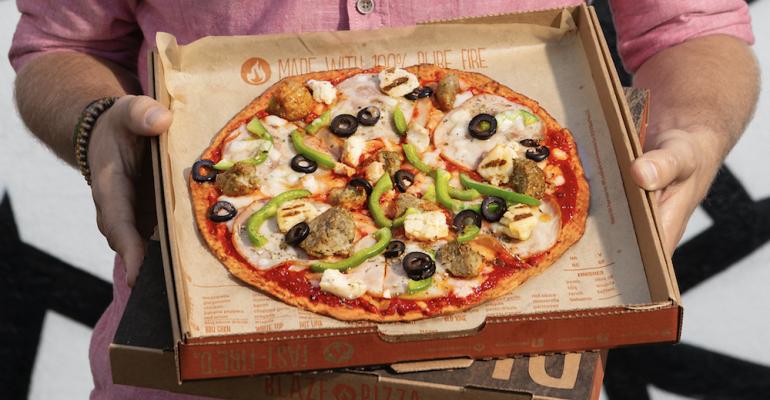 Fast-casual restaurant Blaze Fast-Fired Pizza is rolling out a line of lifestyle-focused pizzas, including a crust catering to people on the high-fat, low carbohydrate ketogenic diet.

On Tuesday, the 300-unit chain based in Pasadena, Calif., will introduce a keto crust, which has a total of 6 grams of carbohydrates for a whole pizza, as well as a cauliflower-based crust. It also is borrowing from the playbook of Chipotle Mexican Grill Inc. by introducing four pizzas designated for specific diets: the Protein, Keto, Vegan and Vegetarian.

Chipotle launched its Lifestyle Bowls in January, available only through ordering online or via the chain’s app.

Blaze is taking a similar approach with its Life Mode Pizzas, offering them via digital orders only.

The new pizzas are:

“Blaze’s innovation is changing the way that guests think about and eat pizza,” said Bradford Kent, Blaze's executive chef, in announcing the new items. “We’re making pizza an option, even for those on a low-carb diet.”

The new crusts are available for an upcharge of around $3 for the cauliflower crust and $4 for the keto crust, at the discretion of each franchisee, and the Life Mode Pizzas are priced along similar lines as other build-your-own pies.

According to the most recent Nation's Restaurant News Top 200 census, Blaze had $326.6 million in annual sales in 2018.