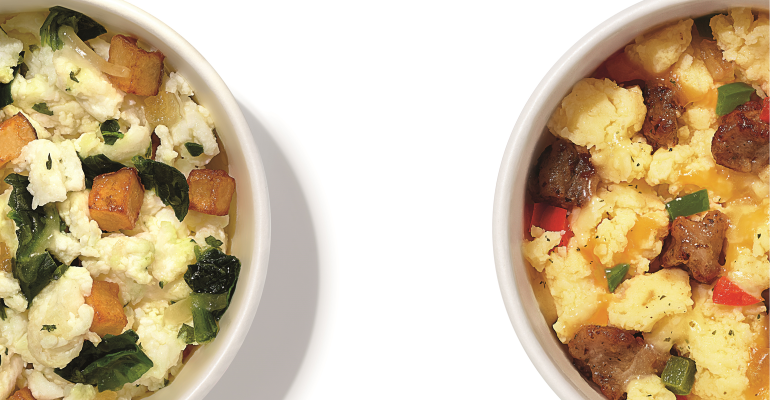 Although it recently shortened its name and emphasized beverages, Dunkin’, formerly Dunkin’ Donuts, has historically been known for its carb-based, sweet baked goods. But with two new menu items, the brand continues to try to shake its reputation, while embracing the low-carb, protein-pack lifestyle popularized by diets like the Keto diet.

The newest menu item, Dunkin’ Bowls, are available in egg white and sausage varieties and available now in select locations nationwide for a limited time.

Related: How Dunkin’ plans to beat coffee rivals on speed

“After the success of our Power Breakfast Sandwich that launched earlier this year and has been extended due to popular demand, we found that our guests craved innovative, accessible, better-for-you menu choices. Our new Egg White Bowl is all that and much more with great taste, vegetables, lean protein, and no bread,” said Tony Weisman, Dunkin’ U.S. chief marketing officer in a release. “For guests looking for a heartier Dunkin’ Bowl choice, our Sausage Scramble Bowl is a great new option full of flavor and protein.”

The Power Breakfast Sandwich, released in January, is a veggie and egg white sandwich with turkey sausage served on multigrain sandwich bread.

But Dunkin has not entirely abandoned customers with a sweet tooth: Other recent menu releases from the brand included the Shooting Star Donut, a doughnut with white icing and blue raspberry flavored popping candy clusters and a Peeps donut topped with the traditional marshmallow Easter treat.