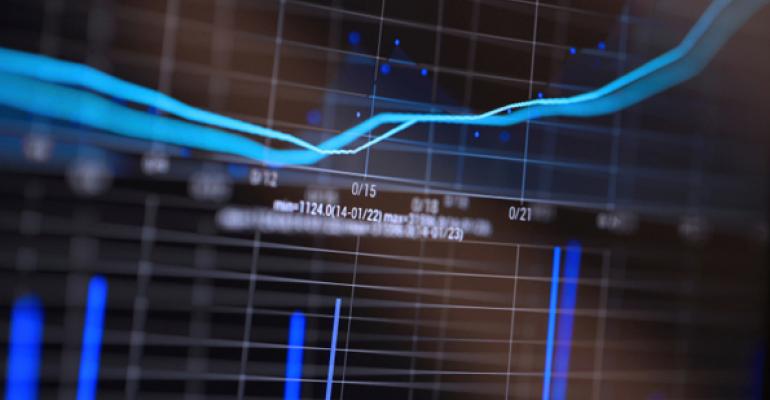 Analyst: Investors are bullish on restaurants

Wall Street has been like an elevator stuck on down over the past week, but restaurant stocks have fared better heading into the third-quarter earnings season for public restaurant chains. Christopher O’Cull, analyst at KeyBanc Capital Markets, said that is thanks to investor bullishness on the restaurant industry.

The reason: Investors have been buoyed by a series of strong industry sales indexes, according to O’Cull, and they expect chains to report good earnings this quarter.

In a survey of consumer-focused investors, 95 percent said restaurant industry fundamentals were either in line with their initial expectations for the quarter, or they have improved. In addition, 78 percent of respondents said they have maintained or increased their investment allocation to the restaurant sector during the period.

“A lot of investors were pretty aware of the improving trends in September and October,” O’Cull said. “They’re hopeful that improved sales trends will be good for the quarter.”

The NRN-MillerPulse survey, meanwhile, found that comps rose 2.7 percent for the period. In both cases, the performance was the best for restaurants in more than two years.

“All of those monthly indexes are disseminated pretty widely,” O’Cull said. “A lot of investors are basing this expectation on better same-store sales on those indexes.”

Another factor affecting sentiment is gas prices, which have fallen more than 6 percent in the past month, according to AAA. In theory, lower gas prices leave more room in consumers’ budgets for restaurants, but they are spending in other ways as well.

“Everybody expects the $50 billion in savings (from lower gas prices) to go straight into restaurants,” O’Cull said. “Obviously, that isn’t going to happen.”

Investors were polled on 24 different restaurant companies, and expect two-thirds of them to either meet or beat expectations. At the top: Chipotle Mexican Grill, which 82 percent of investors said would likely to have an earnings surprise. Texas Roadhouse was next, at 67 percent, followed by Zoe’s Kitchen and Jack in the Box, with 60 percent each.

Investors were bearish on only six of the 24 companies. At the bottom was McDonald’s Corp. — 80 percent of investors expect the Chicago-based burger giant to miss expectations. McDonald’s was also the favorite short among large companies, meaning investors expect its stock to fall.

While restaurants have hardly been immune to recent stock market volatility — Chipotle Mexican Grill, for instance, was down 3.7 percent in the past week and Starbucks was down 4 percent — a number of stocks performed well. BJ’s Restaurants Inc.’s stock was up 3.8 percent, and Zoe’s was up 4.3 percent.

O’Cull said investors’ enthusiasm should be more tempered. He warned that a couple of things could spoil their hoped-for surprise. For one thing, traffic is weak. While traffic has improved marginally since the summer, O’Cull said, the industry is still struggling to get customers in the door.

Another problem is commodity costs. While food costs are expected to ease heading into next year, several chains have been dealing with sky-high prices for beef and cheese, among other things, which could reduce profits.

Labor costs could also pose a problem. Numerous chains, such as Buffalo Wild Wings, have had to raise prices in response to higher minimum wages, and there is considerable pressure on the industry to increase how much they pay workers.

“Arguably, wage rates could double in the next five to six years,” O’Cull said.