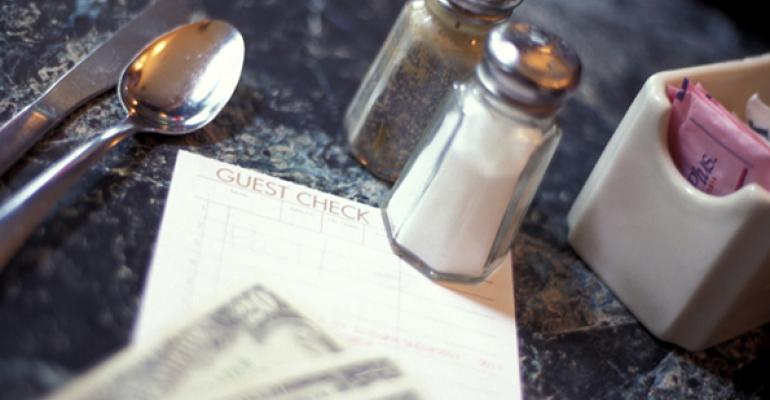 Restaurant chain same-store sales rose 2.7 percent in September, marking the seventh month of sales gains in the past eight months, according to the latest NRN–MillerPulse report. It also caps off a third quarter that was the best three-month period for restaurants in terms of sales in more than two years.

“It was a decent end to a decent quarter,” said Larry Miller, founder of the report. As a whole, the industry appears to be on a positive trajectory heading into the end of 2014, Miller said.

Much of the strength in September sales came in the quick-service sector, which includes several growing fast-casual restaurants, but also chains that have been aggressive in advertising and marketing. 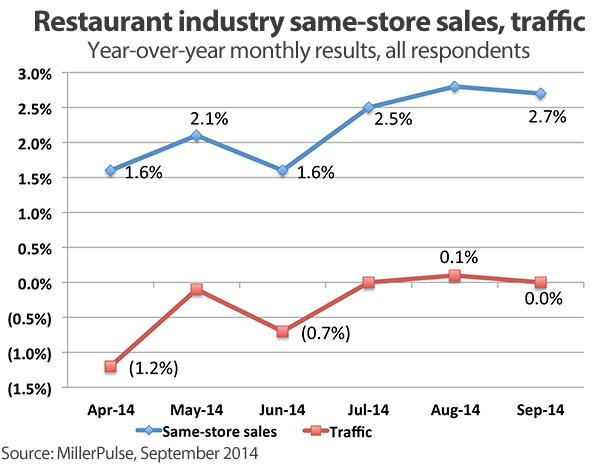 The notable improvement at QSRs was enough for MillerPulse to lift its industry forecast for the year, to a 1.8-percent increase from its original 1.7 percent.  Industry sales are now expected to increase 3.3 percent this year overall, to $514 billion, with sales of $263 billion at QSRs and $251 billion in sales at full-service concepts. 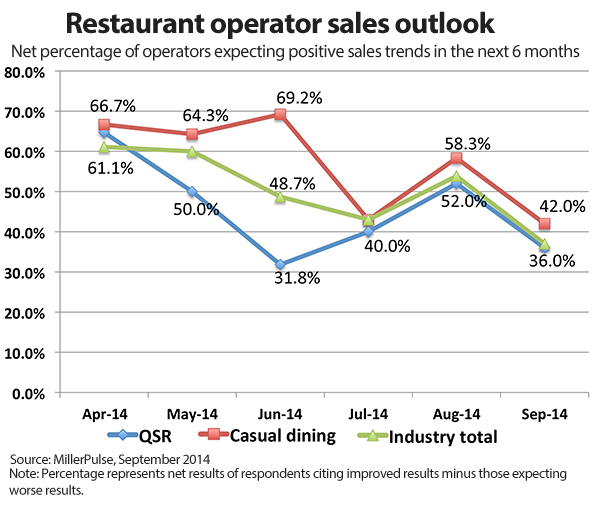 Traffic in the sector fell by 2.6 percent, a 220-basis-point decline from August, when traffic at casual dining fell 0.4 percent.

“It’s hard to get excited about casual dining,” Miller said. “The challenge for casual is the same. In the last 36 months, casual may have been ahead of QSR maybe one or two times. It’s nothing new.”

It’s important not to draw too many conclusions from just one report from a single month, but it’s possible that price increases at casual dining chains might have turned some customers off in September.

Rising commodity costs, especially for high-dollar proteins such as beef, pork and chicken, has led many operators to hike prices to maintain margins. Miller said prices at casual dining restaurants have increased on average about 1 percent for the past 12 months, but more recently that price increase has been closer to 2 percent.

In an era in which consumers are still strapped for cash, despite employment growth, higher prices are risky, especially in a sector that already faces an uphill battle on the value front, thanks to the tip requirement.

Traffic declines “could be related to pricing,” Miller said. “I get why they’re doing it. The commodity picture is looking a lot worse. But that’s a delicate balance. And traffic hasn’t been great.”

Casual dining chains are also losing customers on the other end of the income spectrum. Fine dining same-store sales rose 4.5 percent, all thanks to 5-percent traffic growth.

None of this is to say that things are hopeless for casual dining—results are improving, Miller said, even if they’ are “less bad.” He likened the current situation to 2002, when casual dining chains were easily outperforming QSRs and people were wondering what was wrong with fast-food chains. Today the situation is reversed, after years of QSRs remodeling restaurants and improving product offerings.

“People are astute in food preparation and quality,” he said. “If you can bring fine dining quality food to casual dining, you can enhance the asset, and the service experience will take care of itself. The value proposition will change. They’ll be getting a much better value.”