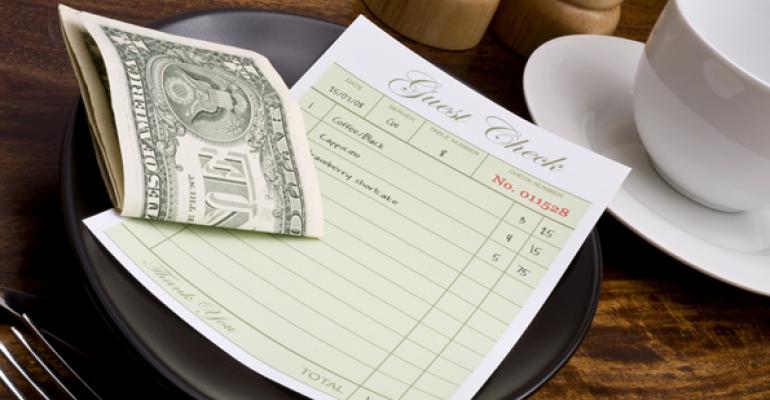 The restaurant industry posted its best sales results in more than two years during the third quarter of 2014, amid continuing signs of economic growth, according to the latest Restaurant Industry Snapshot from TDn2K’s Black Box Intelligence and People Report, based on weekly sales from more than 20,000 restaurant units representing more than $45 billion in annual revenue.

September’s performance resulted in the second consecutive month of growth that surpassed the 2.0-percent mark, and the best month for the industry since February of 2012. This also represents the third consecutive month in which year-over-year same-store sales have increased compared with the previous month.

Although same-store restaurant traffic also improved considerably during the quarter, a quarter of positive year-over-year guest count growth has not been seen since the recession, highlighting one of the biggest challenges faced by the chain restaurant industry today.

“The industry is clearly going through its best period over the last couple of years, as consumer confidence, real disposable income, the labor market and overall economic growth improved during the third quarter,” said Victor Fernandez, executive director of insights and knowledge for TDn2K, parent company of Black Box Intelligence and People Report.

“Meanwhile, gas prices continue to decrease and are farther away from the average $3.50 per gallon, which we’ve seen in the past is the level at which restaurant same-store sales begin to be significantly impacted,” Fernandez said. “We are optimistic about the fourth quarter, which we believe could result in another quarter of positive sales growth for the industry, especially considering the very soft sales seen during December of last year, due mainly to bad weather.”

Weather could actually be one of the main factors that will determine the industry’s performance during the next two quarters, according to Fernandez.

“As long as the winter is not worse than last year’s, the industry should be facing some very favorable sales comparisons and posting some strong growth rates,” he said.

“Another noteworthy insight from Q3 is that same-store sales improved by almost twice as much as traffic, which means that a significant part of the improvement in sales during the quarter came from an increase in average guest checks,” said Wally Doolin, chairman of TDn2K. “Of course this increase can be a reflection of price increases, a change in product mix or a combination of both. We believe it is more related to a shift in mix during this time of the year.”

The relative strength of the industry’s results was demonstrated by the widespread improvement of sales across most of the regions of the country during the third quarter of 2014. Of the 11 regions tracked by Black Box Intelligence, six posted same-store sales growth of 2.0 percent or more, while only New York and New Jersey saw sales decline during the quarter. The best-performing region was Florida, where same-store sales grew 2.8 percent, while New York-New Jersey’s sales decline of 0.2 percent was the worst during the quarter.

From a workforce perspective, restaurant recruiting and retention continues to be increasingly difficult. The industry, as tracked by People Report, created 4.3 percent more new jobs during August 2014, compared with the same month the previous year, representing the third consecutive month with annual job growth around the 4.0-percent mark. Retention also continues to be an issue, as both restaurant manager and hourly employee turnover continued its upward trend during August. Expectations are for these staffing difficulties to continue during the fourth quarter and into 2015.

The Restaurant Industry Snapshot is a compilation of real sales and traffic results from over 187 DMAs representing 110+ restaurant brands and over 20,000 restaurant units that are clients of Black Box Intelligence, a TDn2K company. Data is reported in five distinct segments: casual dining, upscale/fine-dining, fast casual, family dining and quick service. Black Box Intelligence is a sister company to People Report, which tracks the workforce analytics of one million restaurant employees. TDn2K reports on over 30,000 restaurant units, one million employees and 45 billion dollars in sales.  The Restaurant Industry Snapshot also includes the Restaurant Industry Willingness to Spend Index from Consumer Edge Research, a monthly household survey of more than 2,500 consumers.