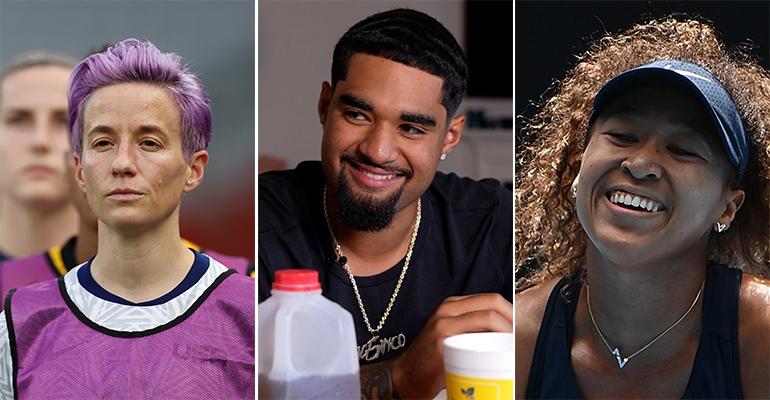 Both the Olympics and changes to NCAA policies regarding college athletes have sparked a new round of restaurant partnerships with sports legends or up-and-comers. Others are tapping into the growing popularity in the U.S. of global sports, like soccer.

This isn’t a far stretch. Restaurant chains have partnered with celebrities and sports stars for years, from Michael Jordan and McDonald’s in the 1990’s to Papa John’s and Shaq more recently. But within the past two months, a number of large chains like Chipotle, Sweetgreen, Subway and more have introduced new campaigns with a sports tie in.

Chipotle is using a new promotion to support athletes at the top of their game: the 2020 Tokyo Olympians.

And Bojangles recently announced a partnership with college players, thanks to an interim policy change that allows the student athletes to benefit from their name, image and likeness for the first time.

Seemingly leading the pack was Sweetgreen, who signed on Naomi Osaka (both a professional athlete at the top of her game and a Tokyo Olympian competing for Japan) a few months ago as its youngest investor and the brand’s first athlete ambassador.

Even third-party delivery app Grubhub is getting in on action with its first-ever major sports partnership.

Click through the gallery to see which chains are using athletes and sports in marketing campaigns.