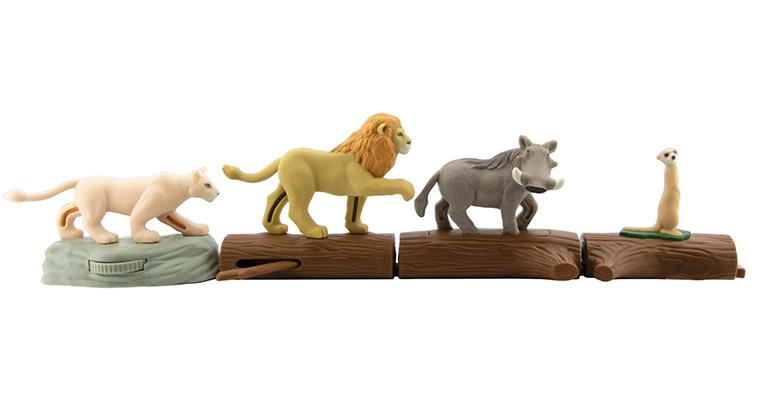 McDonald’s recently announced plans to reduce the number of hard plastic toys found in Happy Meals in the United Kingdom, an effort that has yet to reach the U.S. market.

This week, McDonald’s latest Happy Meal promotion is tied to Disney’s much-anticipated remake of “The Lion King,” which has a star-studded cast of voices that includes Beyoncé, Donald Glover, Seth Rogen and John Oliver. The Happy Meals include one of 10 different plastic toys representing characters from the movie, including Simba, Nala, Zazu and Timon. 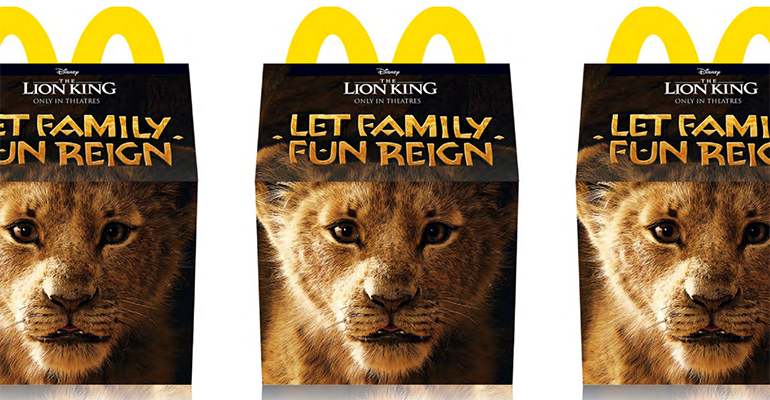 The plastic toys, however, won’t be found in the United Kingdom, where McDonald’s is feeling the heat from environmentalists -- and children -- to stop inserting plastic toys with Happy Meals.

In response to petitions to remove plastic toys from Happy Meals, McDonald’s recently said U.K. restaurants would see a “reduction in the number of hard plastic toys given away in comparison to the first half of the year.”  This follows a move made last year to phase in paper straws at 1,361 McDonald’s restaurants in the U.K. and Ireland.

The lack of Lion King Happy Meals in the U.K. is unrelated to initiatives made in the U.K. to reduce plastic use, the company said this week. 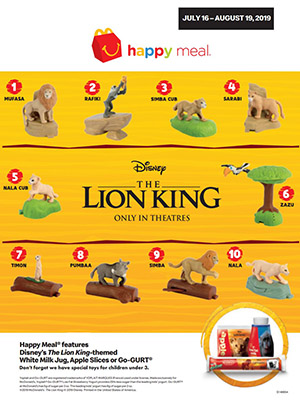 McDonald’s said the next six months, where fewer plastic toys will be offered in the U.K., is considered a “promotional” or trial period.

During that time, U.K. restaurants “will provide different options to customers including a mixture of board games, books and soft toys, and serve as a test to understand more about what customers in this market want while we continue to execute our global work.”

As for specific plans to reduce plastic in Happy Meal toys in the U.S., the chain said it is working on a global solution that is consistent with its “overall Scale for Good packaging and recycling goals.”

“We have an active global working group exploring the production of more sustainable toy options,” the company said. “While we cannot provide details of our Happy Meal promotions beyond the end of 2019 at this stage, we remain committed to reducing plastic across our business.”

Over the years, McDonald’s has made an effort to change Happy Meals in other ways.

In May, the company said it was on track to meet its goal of increasing customer access to fruit, vegetables, low-fat dairy and water, especially among Happy Meal consumers, in 20 global markets. While soda remains a Happy Meal option, the brand removed carbonated drinks as a choice on menu boards in 2013.

As a result, more than half of Happy Meal customers are skipping soda.

As of September 2018, 52% of Happy Meal customers in the U.S. ordered milk, water or juice as their beverage choice compared to 37% in September 2013, according to new data released this week by McDonald’s.

“The Blueberry McGriddles breakfast sandwich will satisfy both the sweet and savory senses,” said Carol Martino, McDonald’s spokesperson for culinary innovation, in a statement. “The flavors from the real blueberries balanced with the sweet taste of maple, reminds me of the blueberry pancakes my mother used to make for us growing up.”

Over the past several months, McDonald’s has tried to improve its breakfast offerings after CEO Steve Easterbrook said the chain was losing share during the crucial morning daypart.

Updated: This story has been edited to clarify a statement from McDonald's about the absence of Lion King Happy Meals in the U.K.