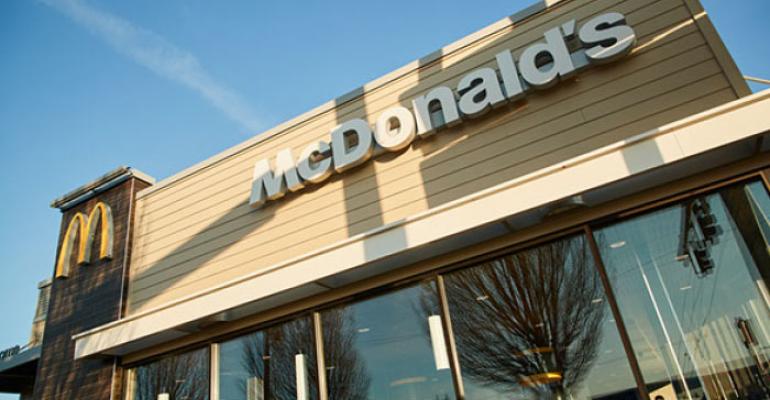 A coalition of McDonald’s Corp. franchisees has drafted a list of menu initiatives that it says are hurting operators, including the lack of a premium chicken sandwich, dollar drinks and the new Worldwide Favorites menu.

“A favorite, that our customers want, is a chicken sandwich. Unfortunately, they have to go to Chick-fil-A for it,” the National Owners Association told members in a July 10 email.

The franchisee advocacy group, dubbed NOA, formed in late fall as an independent organization to work with McDonald’s to impact the system positively. Specifically, the group has been concerned about eroding profits, lack of control over menu pricing and costs tied to the “Experience of the Future” remodel program.

Global favorites menu is a dud

Related: Tension escalates between McDonald’s and franchisees over remodels

In its letter, NOA said the brand is finding ways to drive profitable growth. However, operators are not seeing increased foot traffic.

The association was especially critical of the company spending national advertising dollars on promotions that don’t work such as the new global favorites menu, which debuted in June.

“They may be favorites abroad, but they are not our customers favorites,” the NOA board said.

“We are still in the campaign window so I caution us to make decisions or speculate without all the facts but can share that the program is performing within the forecasted range and consumers are satisfied with the choices included in the promotion,” she told members.

The NOA board pushed for a better chicken sandwich, which is especially crucial in the Southeast, where McDonald’s faces a tough rival: Chick-fil-A.

“A chicken sandwich at McDonald’s should be our top priority,” according to the letter. “We don’t have to reinvent the wheel. We didn’t invent the drive-thru. We perfected it.  Chick-fil-A invented the chicken sandwich, but we can do one better.”

The brand’s “results demonstrate the power of chicken,” NOA said.

McDonald’s has been testing various chicken items over the past year including a Southern Style Chicken sandwich. NOA suggested that the Southern sandwich is a good start but could use some tweaks.

“We need to serve it in a foil bag and we need to butter the bun, but the patty recipe was excellent,” NOA said.

Chancellor said McDonald’s “Menu Experience Team” is testing various solutions so the brand can compete on chicken while ensuring success for the entire system.

“I hear the call to action for great chicken. As an owner/operator in the Atlanta market, this is critical for me personally, but we need a solution that addresses the needs of the total system,” she said.

Value is not sustainable

“Everyday value at the national level is impossible and ineffective,” the board said.

Specifically, NOA said it would like to eliminate the $1 any-size drink program.

“It is not working for the majority of the U.S.  For those markets that it is, they can continue to support it at the local level,” NOA said. “We must find more sustainable growth opportunities.  Price is not the answer, especially in today’s economic environment.”

OPNAD, however, said that the $1 any-size drink program is driving guest counts and resulting in positive incremental sales across all OPNAD contributing restaurants.

“We have heard from some of you the desire to move away from the platform and have also heard from many of you the power of this platform to drive guests into your market,” Chancellor wrote. “OPNAD and the Value Committee are exploring options to model and test various mitigation tactics to alleviate potential losses should we decide to migrate nationally. Please know we are doing our due diligence to ensure we’re bringing strong value/deal solutions to all of you.”

Since forming last October in Florida, NOA has held two national meetings with franchisees. Its next meeting will be in October in Dallas.  NOA, whose leadership has declined media interviews, has previously stated that it represents more than 400 U.S. McDonald’s franchisees.

Chicago-based McDonald’s has about 14,000 restaurants in the U.S. A majority of the chain’s restaurants are run by franchisees.