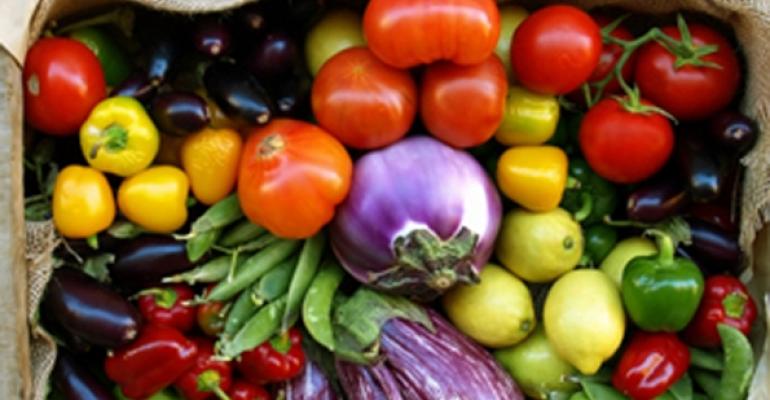 An adventuresome generation of Millennials, raised watching the Food Network and concerned about the origins of the ingredients they consume, are driving trends in restaurants, participants in many of MUFSO’s panels said.

Corporate chefs at some of the nation’s leading chain restaurants said their customers were willing to experiment with new flavors like never before.

Ryan Joy, senior director for research and development at the quick-service Checkers and Rally’s chains, said that, although his customers tended to have relatively low incomes and education levels, they were receptive to trying the bacon jam and roasted garlic served on the hamburgers on the sister chains’ dollar menus. “The days of bacon cheddar ranch being exciting are long over,” he said.

Here are other trend-related takeaways from the MUFSO panel discussions, trade show floor and side events.

With chicken being the mainstream animal protein least likely to suffer from massive inflation in the coming months, many chains are highlighting new chicken items, particularly boneless, breast-based items.

Amy Alarcon, vice president of culinary innovation of Popeyes Louisiana Kitchen, said that kids grew up watching the food network and were raised chatting about food on the Internet. “We’re raising a sophisticated generation of eaters,” she said.

But that doesn’t mean they know or care that chicken comes with bones.

Although bone-in fried chicken is a core part of Popeyes’ brand identity, she said the younger generation wants quick, easy and flavorful food without the hassle of bones.
So they have rolled out an array of boneless items in recent years that are different from the typical nuggets and tenders, such as spicy Wicked Chicken, cut so that the breast meat twists into kinky shapes when fried, or the Rip’N Chicken, for which the batter-fried breast is partially sliced into strips that consumers finish ripping into hand-held tenders.

Alarcon pointed out that, with chains like Raising Canes and Zaxby’s having average per-unit volumes of $2 million with chicken fingers as the core item, Popeyes also need to stay relevant in that arena.

Bone-in chicken continues to enjoy popularity, too, she pointed out: McDonald’s is testing bone-in wings in some markets, and Joy said Checkers and Rally’s — known for their burgers and fries — had scored well with their new wings.

Although Kruse said that use of local products was “almost impossible” for large chains, she said that in the eyes of consumers, local was part of the “larger umbrella of freshness,” and advocated promotion of seasonal items, and highlighting their point of origin — mentioning on the menu, for example, that your strawberries are from California.

But Brian Kane, vice president of client services for PRO*ACT, pointed out that seasonal produce was inexpensive and brought additional excitement to menus. He added that using relatively local produce allowed restaurants to cut down on fright costs.

Kane also said logistics for managing local products were becoming more sophisticated but warned that advance planning was required and that it was essential to ensure that local produce met food safety requirements.

Beverages of all kinds

Food-and-drink pairings have reached quick-service chains, according to Amy Alarcon, vice president of Culinary Innovation for Popeyes Louisiana Kitchen. She said one of the chain’s most popular beverages is strawberry Fanta, which the chain markets, using point-of-purchase material, as pairing well with its spicy fried chicken. She described the move as being “hugely successful,” as is its proprietary cane-sweetened tea, a peach-flavored version of which was promoted during its recent Summer of Peach promotion.

Blended smoothies and chocolate beverages also were trending, she said.

Among hard liquor, flavored vodkas and lesser-known whiskeys, including rye and unaged corn whiskey, were trending. India pale ale and Belgian beers are gaining in popularity, Grecca said, as is cider.

In the wine category, although Chardonnay and Cabernet Sauvignon remain the most popular varietals, Pinot Grigio, Prosecco and Moscato are trending varietals.

Millennials are embracing wine at an earlier age than previous generations, Grecca said, and appreciate sweet and spicy flavor profiles as reflected in the growth of candy-flavored vodkas, honey whiskey liqueurs, spiced rums and vodkas flavored with chile or cinnamon.

French fries are a perennial favorite, but they’re being doused in various sauces for customers to enjoy.

A variation on poutine, the snack from Quebec of French fries smothered in gravy and covered with cheese curds, was served at a luncheon sponsored by Sargento prior to the MUFSO conference. That version was further enhanced by smoked beef brisket and cilantro hollandaise and topped with a fried egg.

During MUFSO, at a panel discussion on menu evolution, Joy from Checkers and Rally’s said those chains’ fries were the base for many of their popular new items, topped with bacon and served with Cheddar sauce or ranch dressing.