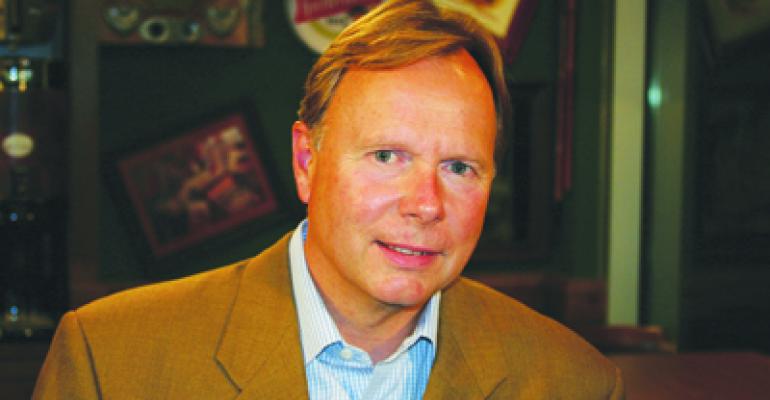 Ruby Tuesday Inc. founder, chairman, chief executive and president Sandy Beall will step down from his positions at Ruby Tuesday upon completion of a search for his successor, the company said Wednesday.

The company’s board of directors has formed a search committee and intends to retain an executive search firm to find Beall’s replacement. No timetable for the search has been given.

“After 40 years with Ruby Tuesday, I look forward to taking some time off and to pursuing personal ventures,” Beall said in a statement. “We have plans in place to strengthen the Ruby Tuesday brand, grow our emerging brands and have a capital structure that allows our team to execute on our plans to create value for our shareholders.

“It has been my honor and pleasure to lead this great brand and team over the past 40 years, and it has been a wonderful experience in so many ways. I look forward to working with the board to ensure a smooth transition.”

Beall opened the first Ruby Tuesday near the University of Tennessee campus in Knoxville, Tenn., in 1972. He grew the brand to 16 restaurants by 1982, the year Morrison Restaurants Inc. acquired it. Under Beall’s leadership, Ruby Tuesday expanded further still, reaching more than 300 units by the time Morrison spun the brand off in 1996.

During the recession, as many casual dining chains bore the brunt of consumers pulling back on discretionary purchasing, Ruby Tuesday took a different tack than many competitors who became increasingly aggressive with discounts. The chain spent several million dollars upgrading the décor and menu to reposition itself as a more upscale casual chain.

However, the brand at times has struggled to overcome the competitive environment that has persisted in casual dining since the recession, as seen in its most recently completed third quarter of fiscal 2012. For the Feb. 28-ended period, Ruby Tuesday’s net income fell to $4.5 million, compared with $16 million a year earlier. Same-store sales for that quarter decreased 5 percent at company-owned stores.

The company announced plans to close 25 to 27 restaurants in the fourth quarter.

Beall will continue his day-to-day duties with Ruby Tuesday and its board until a successor is named.

“All of us at Ruby Tuesday are extremely grateful to Sandy for his many years of energetic and creative leadership, which has created the company we are today, and we all wish him well,” James Haslam, lead director of the board, said in a statement. “The board looks forward to embarking on the process of identifying an experienced and capable new chief executive to lead Ruby Tuesday and its senior executive team.”