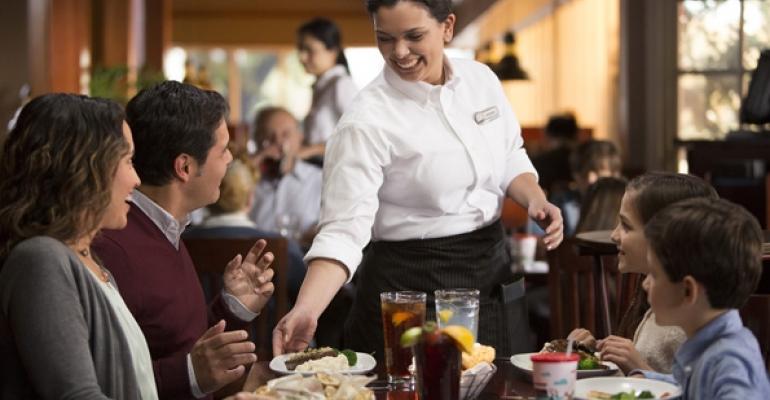 Red Lobster has launched its first national Spanish-language advertising campaign in an effort to attract the expanding segment of Hispanic consumers.

“We start from the fact that it’s no secret that Hispanics are booming as a population segment,” he said. “And we know that more than half of Hispanics like or prefer ads to be in Spanish.”

The first television commercial is an adaptation of Red Lobster’s English-language “Real People” campaign featuring the “See Food Differently” tagline. The tagline in the Spanish ads has been tweaked to be more language-appropriate: “Disfruta un Mar de Sabores,” or “Enjoy a Sea of Flavors.”

The first Spanish-language Red Lobster ad also features a Hispanic server, Ariana Paz of the restaurant’s Gainesville, Fla., location. It is important that the new ads be culturally relevant and insightful in order to be effective, Marquina said.

"We know that many Hispanics see the dining experience as an opportunity to bring family and friends together to celebrate, share and bond, so that important moment in time is brought to life in the ad," he said in a statement.

The chain will also partner with media company Univision Communications Inc. to create a customized segment during the popular Spanish-language entertainment show “El Gorgo y La Flaca.” The segment will be called “La Pregunta Fresca del Dia,” or the “Fresh Question of the Day.”

“It really comes down to the invitation,” Marquina said. “We want to make sure we deliver that invitation [to dine at Red Lobster] to the right audience.”

Red Lobster has already made commitments to better serve Spanish-speaking consumers, he added. The chain’s more than 700 locations offer Spanish-language menus, as well.

Marquina said that although important, Madsen’s vow to recharge Darden’s marketing strategy was not the core impetus for Red Lobster’s Spanish-language campaign. “With the transformation of the menu we did in October, this was perfect time to start communicating with Hispanics in a more meaningful way,” he said. In October, Red Lobster launched a new menu, which included more non-seafood items and more meals for less than $15.

“We’ve been working on this for over a year,” he said. “This is a long-term strategy.”

The Spanish-language advertising campaign will be ongoing, and more ads will debut throughout 2013, Marquina said.