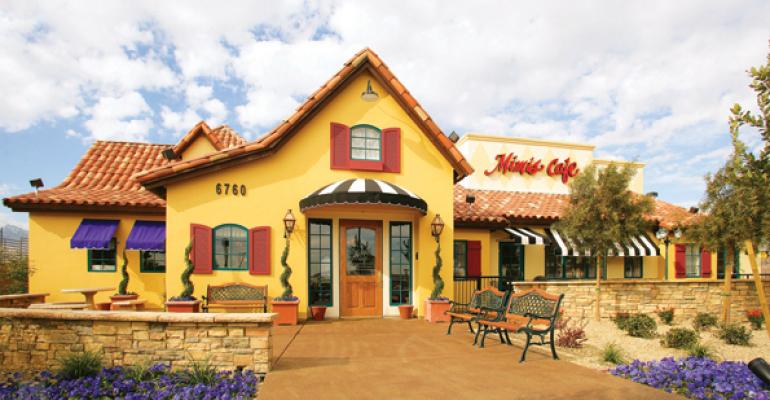 Miller most recently served as chief financial officer at El Gallo Giro, a Mexican-food chain based in Downey, Calif. Prior to that, he worked with Carlson Restaurants at T.G.I. Friday’s and Pick Up Stix, which it later divested.

“Scott is a very strong VP of finance and an excellent addition to the Mimi’s team,” said Mimi’s Café president Phil Costner in a statement. “He is a proven driver of success in casual-dining brands and is a great cultural fit for Mimi’s.”

Miller added that “Mimi’s Cafe is a brand with tremendous potential,” and said he looks forward to helping “bring the brand back to its French heritage.”

Irvine, Calif.-based Mimi’s Café was acquired in February by Dallas-based Le Duff America Inc. from Columbus, Ohio-based Bob Evans Farms Inc. in a $50 million deal. Due to the purchase, the vice president of finance position is new for the chain.

Parent company Le Duff America is a division of France-based Groupe LeDuff, which has annual sales of more than $1.53 billion and more than 1,100 restaurants and bakeries.

Mimi’s Café has 145 restaurants in 24 states. Earlier this year, Costner said the company intends to move forward with the evolution of the bakery-café concept that debuted at the Mimi's unit in Valencia, Calif., in October 2012.