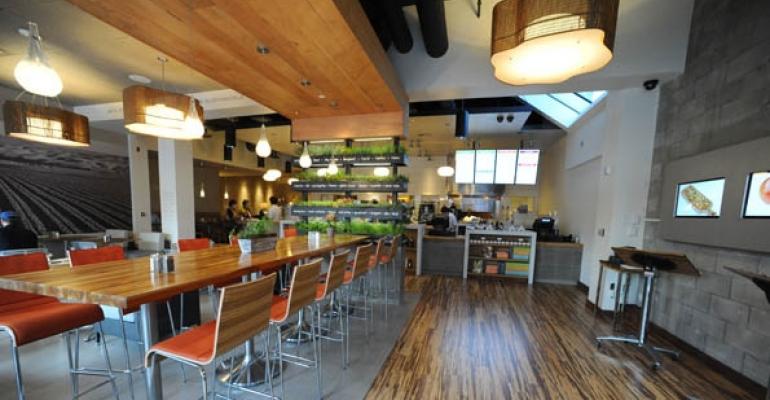 Michael Donahue, chief of brand relations and a partrner in LYFE Kitchen, says the goal is to build a mostly franchised brand.

With only one unit open and a second under construction, operators of the healthful fast-casual LYFE Kitchen concept have launched a franchising program to light the fire under aggressive plans for growth.

An acronym for Love Your Food Everyday, LYFE Kitchen opened in Palo Alto, Calif. in October 2011 with the goal of redefining the quick-service model as something that can be applied to freshly prepared, healthful food. The menu features better-for-you dishes under 600 calories, with organic and local ingredients and vegan, vegetarian and gluten-free options.

Michael Donahue, chief of brand relations and partner in the concept, said Thursday that the company is accepting applications for franchising in New York, Illinois, Colorado, Florida and California.

The first three or four locations to open will be company owned, but Donahue said the goal is to build a mostly franchised brand, similar to that of top quick-service chains like McDonald’s. 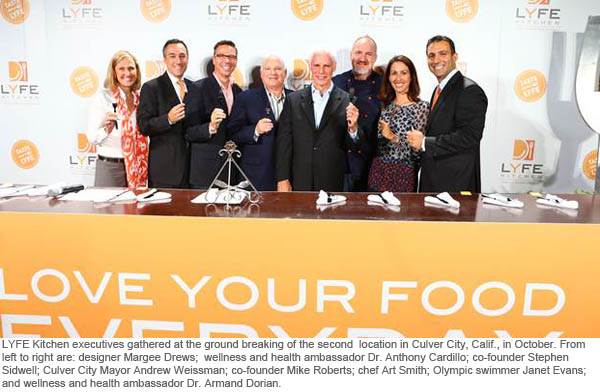 “You need to raise capital to grow, and a strong way to do that without diluting the brand to private equity or other sources of funding is to do it through franchising,” Donahue said.

Though LYFE Kitchen has had only one unit open a little more than a year, the company is continuing to tweak the model with franchising in mind. And, Donahue noted, LYFE is being built by a team of former McDonald’s veterans “who know how to do this.”

A second company-owned location of LYFE Kitchen is scheduled to open in February in the Los Angeles neighborhood of Culver City. Two more corporate units are planned for Tarzana, Calif., and West Hollywood in the Los Angeles area, and locations are being sought in Northern California — though the company hasn't decided whether those will be company-owned or franchise operated.

Earlier on, the company was projecting the first unit would see annual sales around $2.4 million, and LYFE Kitchen had a goal of opening 250 restaurants in the first five years.

Donahue said the company is seeking experienced franchise operators from the hospitality industry who ideally would be interested in opening multiple locations within a territory, though the company is open to a commitment for one unit initially with an option to expand. 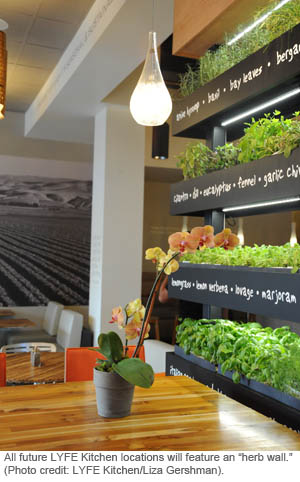 A typical LYFE Kitchen would work well in vibrant urban locations, “on main-and-main” or close by, said Donahue. There are no plans for a drive thru location currently, though that may come later.

The estimated buildout cost for a LYFE Kitchen unit is about $1.5 million, including kitchen equipment.

LYFE Kitchen is known for its use of state-of-the-art energy-efficient equipment, which is a key component of the systems that allow for the cooking of fresh food in house consistently. A turbo combine oven, for example, allows operators to turn out the concept’s signature Brussels sprouts the same way every time, he said.

While Chicago — where LYFE Kitchen is based — will be home to the first franchise location, Donahue said the company is eager to line up operators in Colorado, in particular, where they feel the brand will be embraced by diners in cities like Denver and Boulder.

The company is also working to develop relationships with farmers in the territories targeted so restaurants can deliver on the promise to use local ingredients where possible.

So far, Donahue said, the sourcing of ingredients that fit with the concept’s mission of being a chain that serves fresh, healthful food hasn’t been a problem. “I think people are on to what we’re creating,” he said. “And they’re saying they want to be a part of it.”