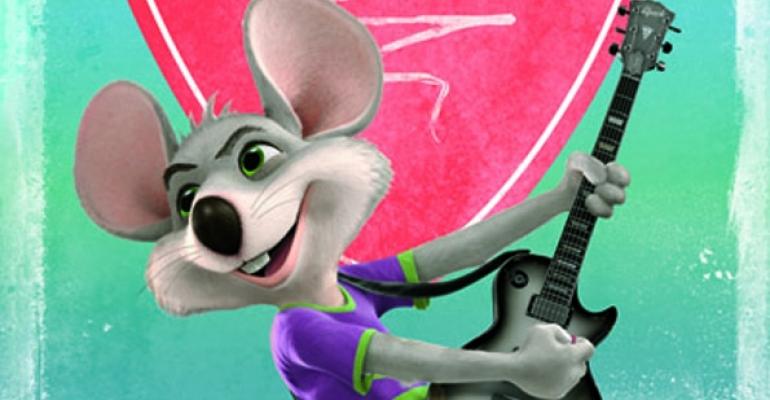 The family-dining chain took three years to develop and roll out gluten-free pizza and cupcakes.

Chuck E. Cheese’s rollout late last year of gluten-free menu items was the result of a three-year effort, the family-dining and arcade game chain’s head of research and development said.

“When we began this process, it was important that we focused on doing gluten-free the right way and making our product accessible even for guests with strict gluten intolerance,” Chuck E. Cheese’s vice president of research and development Joe Elliot said.

The company worked with a pizza vendor with a gluten-free facility and a bake-in-bag manufacturer. The pizza remains sealed through cooking and delivery to the table, Elliot said, and an adult at the table opens it with a sealed personal pizza cutter.

The chocolate fudge cupcake — an important option for a brand that caters to many children’s birthday parties — also remains sealed in a single-serve package until it is opened at the table.

Elliot spoke with Nation’s Restaurant News about the process of producing the new menu items.

What is the benefit of having these gluten-free products?

The special handling instructions have been taken pretty much out of the equation, and that’s been put back on the manufacturer. Since the pizza is baked in the bag and the cupcake is served in a sealed container, for us as operators, it’s a very simple process.

Did you have grand plans for a gluten-free menu?

It wasn’t something we necessarily set out to do or envisioned. It was something over the last couple of years that’s as much out of social networking, which allowed moms — our guests — to inquire about what we can do and can’t do for their special needs. But as we got more and more requests for dietary concerns, certainly gluten-free has emerged as probably the most prominent.

How did you find these specific products?

Over the past several years, I went to a number of trade shows, sussing out what’s in the marketplace. And then I educated myself on what the concerns might be for those consumers. I did have some personal experience. My wife had grown a little gluten intolerant and needed to experiment with some stuff at home. That was eye-opening and really let me know what was good in the marketplace and what was lacking.

What are some of the hurdles to providing gluten-free menu items?

Getting past the cross-contamination stage. A lot of consumers are surprised that we make dough fresh in-house. For our back-of-the-house cast members, that’s pretty much all they are doing, making each pizza by hand. We have flour and semolina and all the components of fresh pizza being handled in the back of the house.

You found the dough mix and bag vendor separately at a trade show. How long did the process take?

It was about three years. The genesis of it was serendipitous. It was seeing the bag and seeing the pizza and then putting two and two together.

How do you avoid cross-contamination with items that contain gluten?

[The vendor] has a dedicated gluten-free facility…. He makes the pizza in this facility and when it’s done it goes into a bag, sealed and frozen. It comes into our facility still frozen and still sealed in the bag. When the order comes in from the consumer, our cast member simply goes to the freezer, they take it out and run the pizza, still in the bag, through the oven. Once it is cooked up to temperature, we bring it out to the guest still sealed in the bag.

Can you customize the gluten-free pizza?

No. That’s probably the one limitation to it. It ends up being a cheese-only. For the bulk of our audience that this is targeted toward, which is younger kids, we know cheese pizza is by far the most popular and their favorite. It addresses 99 percent of them.

What is the percentage of gluten-free orders?

At this point, it’s still very low. … Sales are slow. They are at the low end of our threshold. But we’re OK with that. There’s no waste involved. There is no risk. We think over time, as the community becomes more aware, that the offering can only grow for us.

What did you see in the test markets?

The sales slowly grew. We decided that with new exposure, no risk and no spoilage, it makes perfect sense to address the needs of the consumer. For us, we’re seeing gluten-restricted diets increasing. We want to make sure those families can use us.