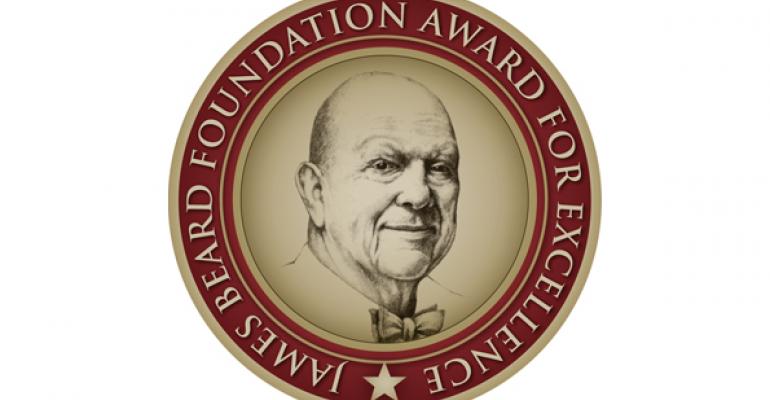 The James Beard Foundation will hold its Restaurant and Chef awards ceremony in Chicago next year, the first time the awards will be given outside its hometown of New York City.

The annual gala will be held at the Lyric Opera of Chicago on May 4, 2015, celebrating the 25th anniversary of the awards, which many consider to be the most prestigious honor in the restaurant world. Chefs, restaurateurs and beverage professionals receive national and regional awards for excellence; architects are honored for restaurant design; food world luminaries are inducted into the Who’s Who in Food and Beverage; and dining landmarks are named America’s Classics. The Humanitarian of the Year and Lifetime Achievement Award are also presented during the gala.

“There is no greater honor for a restaurant than recognition with a Beard Foundation award, and there is no greater honor for Chicago’s culinary community than the decision to host the awards here,” Chicago mayor Rahm Emanuel said in a press release. “Our ability to attract and grow business, create thriving communities, and lure more than 48 million tourists a year are a testament to the diversity and quality of Chicago’s incredible restaurants. We are excited to team with the Beard Foundation to highlight t the best of the best here and throughout the country.”

“The James Beard Foundation has enjoyed a special friendship with the city of Chicago for decades,” Ungaro said. “It’s a city that boasts over 40 James Beard Award winners, as well as a special community of chefs and restaurateurs who have always supported the work of our foundation. We believe celebrating our 2015 awards in Chicago is consistent with our mission to honor excellence all across America.”

The Beard Foundation has been criticized for being too New York-centric, and has tried to change that image by holding high-profile events in other cities. In 2009, it began announcing the award nominees in other cities, including Chicago, Las Vegas and Charleston, S.C.

The foundation’s Books, Broadcast, and Journalism Awards will remain in New York City in 2015.