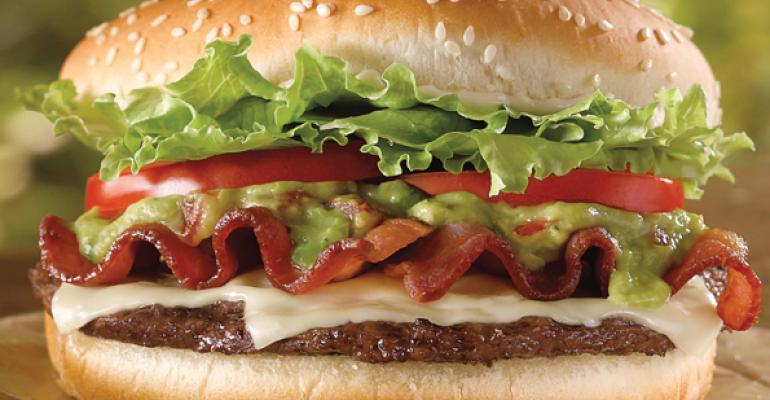 The history of Burger King's Whopper

Burger King’s Whopper sandwich has been around for 55 years, making it one of the longest lasting menu items in quick-service restaurant history.

To celebrate the Whopper’s anniversary, Burger King offered the sandwich for 55 cents each from Dec. 6 through Dec. 9. The company declined to state exactly how many burgers it had sold during the first 55-cent promotion, but the deal did so well that the company is rerunning it today through Sunday.

The secret to the Whopper’s success has been its consistency, said Eric Hirschhor, vice president of market intelligence and global innovation at the Miami-based company, which has more than 7,200 U.S. locations. Although the burger has undergone several iterations, the use of ground beef, tomatoes, lettuce and a toasted sesame-seed bun hasn’t changed.

“Over its 55 years, we’ve kept the core of the Whopper sandwich the same, never deviating from the great-tasting sandwich that our guests have loved,” he said in an email.

The Whopper has seen a number of inventive iterations over the years, including the spicy Angry Whopper, and has also seen simple tweaks, such as with the Bacon Whopper.

“The Whopper is always a focus for our innovation team, who looks ahead to what’s coming, experiments with flavorful combinations and follows current trends to produce delicious limited-time offerings,” Hirschhor said.

The result? A simple burger with a varied, colorful past. Here’s a look at the history of Whopper innovations:

1998: Fiesta Whopper
Key Elements: Pepper jack cheese, no pickles, and a spicy sauce instead of ketchup.

Correction: December 14, 2012 An earlier version of this story misstated the number of Burger King's locations. The chain has more than 7,200 U.S. units.