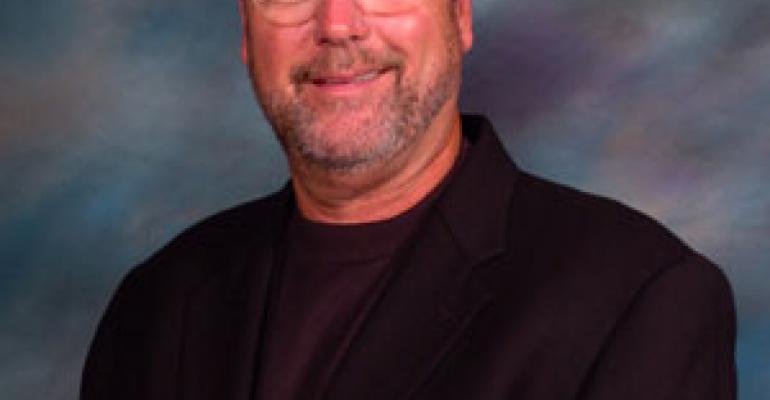 Rodger Head had what he termed an “eventful” end of 2010 as he and business partner Clyde Culp guided their franchise business Duke and King Acquisition Corp. into Chapter 11 bankruptcy and worked toward a sales turnaround at bd’s Mongolian Grill.

But 2011 got off to a much better start, he said. As Duke and King searches for a buyer for its 87 Burger King restaurants, the business continues to see solid performance from its franchised Popeyes units, Head said.

He spoke with Nation’s Restaurant News recently about new initiatives meant to build frequency and sales at the bd’s casual-dining concept, where he serves as chief executive.

The stir-fry chain, which has 34 locations in 13 states, primarily in the Midwest, finished 2010 with a 3-percent drop in same-store sales. However, Head said, those losses year-to-date have narrowed to 2.4 percent, and the average check has inched up 40 cents. He is optimistic the chain can open as many as five restaurants this year and achieve a 1-percent gain in same-store sales.

Stir-fry concepts have told me the key to success is to be considered as more than a special-occasion restaurant. How is bd’s building frequency?

I often compare Mongolian stir fry to the barbecue business, in that you do a lot of volume, but you need a larger guest base because people don’t want to eat it every day. When we first bought the brand, we fully recognized that, but we liked the volume. Our average unit sales are about $2.2 million.

We do six themes of limited-time offerings a year to show that you can get more than Asian food. We have recipe cards for great German dishes, and we can do Mexican, like fajitas and fish tacos. This summer, we’ve partnered with our beer suppliers at Dos Equis to do a “Summer Fiesta” promotion. … The newest thing we’re rolling this September is we’re incorporating a burger bar to capitalize on the popularity of burgers. It’s been received extremely well in test.

Then, of course, we tout that you can create a very healthy bowl. It’s one of the best things about our style of cooking, with lean proteins and vegetables. That in itself is breaking down that veto vote and increasing frequency, and we’re partnering with a lot of health clubs.

We do a big promotion every year around healthy eating. We’re a buffet, though, so we can have recipe cards that say, “Here’s your caloric intake and your sodium,” but we don’t control guests’ portions, so I’m not sure how this will all work out. But our guest comments talk about that being one of our key attributes.

What else is bd’s doing besides marketing its LTOs and healthfulness to drive traffic?

Our two big initiatives we’ve pumped up this year are our full bars and appetizers. I set out to determine whether we needed big bars or just a service bar, because we had been running 4 percent of sales on liquor, beer and wine. We set a goal this year to get to 9 percent, and we’re currently at 7.7 percent. We hired a corporate bartender trainer, and now we’re doing promotions to become another destination for happy hour. In combination, we rolled out appetizers. They’re running at 6 percent of sales, and that’s all incremental. So now people come in after work to get appetizers and cocktails, not stir fry, and that’s how we’re really moving the needle significantly.

We haven’t taken a price increase at all. In fact, last year I rolled back our all-you-can-eat prices at lunch in Detroit from $12.99 to $10.99, and that’s having a very nice effect on our business. I included a soup and salad bar in all-you-can-eat dinner to offset any negative value perceptions.

Incremental alcohol sales must be helping you offset commodity inflation then, especially if you’re raising prices?

I’m glad you asked that. Our [earnings before taxes, interest, depreciation and amortization are] up on less sales this period, and it’s all in cost of goods. Our COGS are running down about half a point. Pork is through the roof right now, so we’ve mitigated that by adding appetizers and [driving sales of] liquor, beer and wine.

Your competitors like Genghis Grill, HuHot and Flat Out Crazy are all growing right now. So how do you expand and differentiate your own concept in this environment?

Well, there are different ways to grow. One of the challenges we face is that we’ve designed a new prototype building taking 1,000 square feet out of the footprint, but borrowing money remains a big challenge. We’ve maintained a sales-to-investment ratio of 1:1, but we’d like to be more near 1.5:1. But I met with a lot of big lenders [at the Restaurant Leadership Conference] in Scottsdale [Ariz.], and they didn’t want to do any startups, so we have to find those franchise operators that want to convert an old and tired Applebee’s unit or whatever into something else. Genghis is doing a lot of joint ventures, but I don’t have the capital for that right now. … We’re projecting to open four or five units this year, and if I could do that every year, that’s a good growth rate for our box size and AUV.

What sense do you get of the economic recovery in your core markets?

If you look at Detroit, our stores are doing well almost despite themselves. Columbus, Ohio, finished slightly up, and our Florida market is coming back, believe it or not.

From our growth standpoint, the availability of startup funds has to loosen up. But we’re still looking at restaurant conversions. We lay out extremely well. We converted a Macaroni Grill in Minnesota last year, and our franchisee in Toledo, Ohio, converted an old Champps building and had a huge opening. The most exciting thing with us is the buildup of sales of drinks and appetizers. With great economic times, we’ll have the growth we want, and I think we’ll get there. One of the reasons we bought bd’s was because we didn’t want to be lost in that sea of sameness out there in casual dining. We’re not that, and the opportunities will be there.