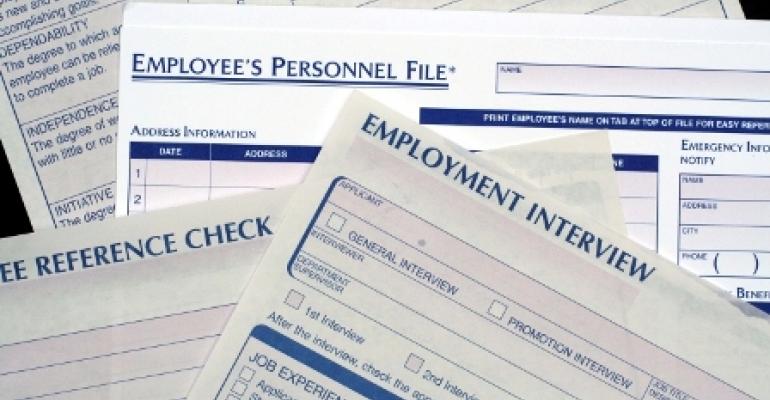 This is part of NRN’s special coverage of the 2012 NRA Show. The show is held in Chicago, May 5-8. Follow all coverage on NRN’s ‘At the Show’ section and Tweet with us using #NRNatNRA.

Federal immigration officials are stepping up efforts to crack down on the hiring of illegal workers, but there are steps restaurant operators can take to protect themselves, employment attorney Daniel Ramirez told attendees at the NRA Show.

A partner with the Houston-based law firm Monty & Ramirez LLP, which works with the Texas Restaurant Association, Ramirez outlined the top ten strategies operators should be taking today.

The U.S. Immigration and Customs Enforcement agency, or ICE, has been targeting the hospitality industry in part because of the large Hispanic workforce, Ramirez said. An estimated 22 percent of the foodservice industry’s workforce is Hispanic overall, including both documented and undocumented workers.

In 2011, 624 employers were arrested for hiring undocumented workers, up from 433 the year before, he said. Since 2009, U.S. employers have paid out more than $76 million in financial sanctions.

A key issue is whether employers knowingly hired unauthorized workers. Ramirez said there is “actual knowledge,” when a worker tells the employer he or she is undocumented, and there’s “constructive knowledge,” when a reasonable person can figure out a worker isn’t in compliance.

Fraudulent I.D.s are a fact of life for restaurateurs, he added, and employers are not expected to be document experts but they should pay attention to what real documents look like, and which types of documents can be used.

“If a picture is taped to the card, it’s not a good card,” Ramirez said.

1. Enroll in E-Verify. A free online program that allows employers to check employment verification for new hires, use of E-Verify can establish good faith and show the company is trying to avoid hiring undocumented workers. Using the system can also help a company limit the civil and criminal penalties for non-compliance.

2. Establish an internal I-9 training program. ICE officials take a close look at the I-9 forms, required to verify that employees are authorized to work in the United States. If ICE officials find non-compliance or a pattern of identity fraud, they may expand their search to other facilities or chain wide.

5. Avoid violating anti-discrimination practices. Asking Hispanic workers to provide more documentation than necessary, for example, could be seen as discrimination.

6. Establish a culture of immigration compliance. Put policies in writing to address things like how the company will respond to complaints of identity theft, or reports that an employee is undocumented.

8. Be clear. Use red ink for corrections or updates to I-9 forms as companies review their files. Any new I-9 forms produced should be attached to the old and marked “re-accomplished” or “updated” by an authorized company representative. Do not use white out and keep originals.

9. Don’t ignore others' responsibility. Restaurants don’t need to collect I-9s from independent contractors, but contracts should have language that clearly states your company expects compliance with immigration laws. Employers should demand audit rights to make sure contractors working on their premises are documented to work.

10. Arrange an I-9 audit. Hire an outside auditing firm to ensure your company is in compliance.