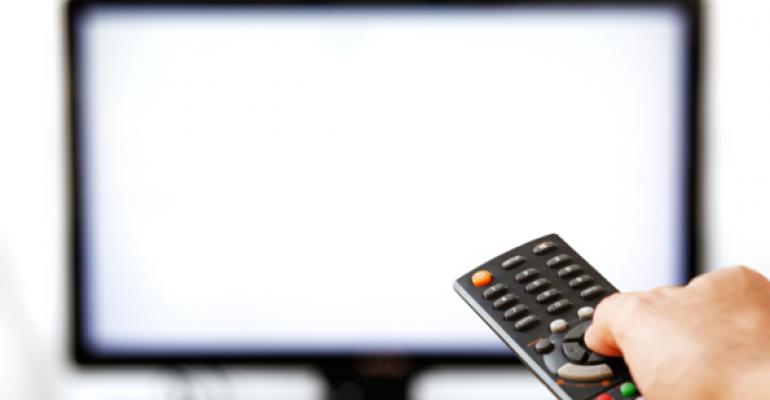 A look at international on-air advertising strategies from McDonald&#39;s, Johnny Rockets, others.

A growing number of restaurant brands are racing to plant their flags in other countries, and, for some, that raises the question of whether and how to advertise on TV in diverse international markets.

For companies operating overseas, the decision to develop television advertising is generally handled at the local level by the franchisee operator in the region, or by the corporate field office if international units are company-owned. McDonald’s units in Russia, for example, are corporate locations.

As in the U.S., any decision to go on TV will likely depend on the density of units in any region, the costs and potential benefits. In the case of franchisees, the contributions to the advertising fund will also be a significant factor.

Not surprisingly, the companies that advertise on TV internationally tend to be chains with the largest presence abroad: McDonald’s, Subway and KFC.

McDonald’s, for example, is in 119 countries. Ads might vary by country, but all feature the consistent tagline, “I’m lovin’ it.”

On the other hand, franchisees with only one unit in a country or region may want to develop TV ads to raise brand awareness.

Johnny Rockets, which has been aggressively pushing international growth, opened its first location in Nigeria in December. The franchisee there developed a TV ad for the local market that asks, “What’s your ideal burger like?”

Steve Devine, president of Johnny Rockets’ international division, said that the commercial is an anomaly. “Generally, we don’t have the economies of scale anywhere to warrant TV,” he said. “We have 47 restaurants in California and we’re not even on TV there.”

Devine also noted that television may not have the same impact overseas as it does in the U.S. “We’re a much more concentrated TV culture in the U.S. We spend more time watching it, but that isn’t necessarily the case overseas,” he said.

As with all other aspects of translating a U.S. brand to overseas markets, TV advertising must hit the right notes culturally.

For CKE Restaurants Inc., parent to the Carl’s Jr. and Hardee’s brands, the U.S. commercials featuring models in bikinis are not appropriate for the Middle East, where the franchise operator has developed its own TV campaign.

The marketing message there still targets “young, hungry men,” but the ads are much more modest and women are fully clothed, such as in Hardee’s Arabia's “Spicy Chicken Tenders” commercial.

In Canada, Quiznos’ corporate office handles advertising, supported by the Canadian franchisee ad fund. Sometimes the Canada team uses the same commercials as in the U.S. if promotions there are similar.

More typically, however, they develop different creative in both French and English, keeping the specific cultural differences of Quebec in mind, said Elizabeth Sapp, Quiznos’ senior vice president for communications. “Six Viandes,” from Quiznos Canada, is in French for the Quebec market.