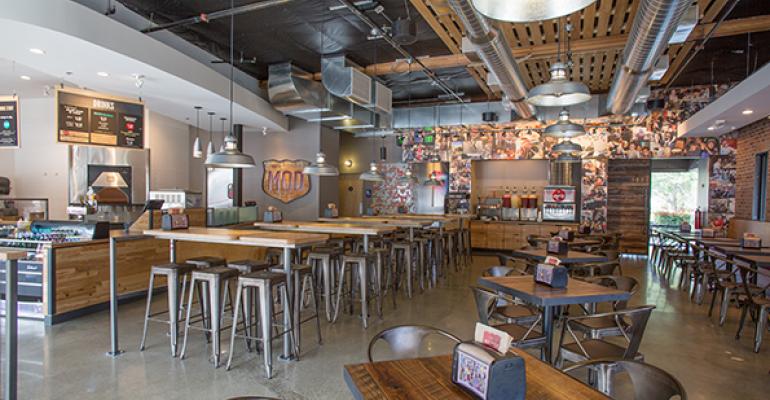 MOD Pizza to open in UK with joint venture

The fast-casual MOD Pizza chain is making its first move overseas with a joint venture agreement to bring the brand to the U.K., the company said Monday.

The Bellevue, Wash.-based chain has signed with Sir Charles Dunstone and business partner, Roger Taylor. The former telecommunications entrepreneurs also brought the Five Guys Burgers and Fries to the U.K. in 2013. They operate 30 units of the burger chain there, and plan to bring Five Guys to France.

The first MOD Pizza unit in the U.K. is scheduled to open somewhere in the southeast, in or around London, during the first half of 2016, said Scott Svenson, MOD Pizza co-founder.

“The U.K. will be the first step internationally, but I suspect we will do other markets internationally in relatively short order,” Svenson said. “London is such an international city. If you’re thinking about building an international brand, it’s a great gateway city. I think it will open doors for us, but we don’t have a specific roadmap right now.”

The joint venture plans to open four to six units in the first 12 months, and then to accelerate in the second year.

Dunstone said in a statement, “With its compelling combination of superior food quality, value, speed and its culture of leveraging the business as a platform to do good, I believe MOD will translate extremely well across the United Kingdom. As one of the fastest growing food concepts in the United States, I see a tremendous opportunity for MOD to disrupt the U.K. pizza scene with its ‘super fast’ pizza experience.”

Before they co-founded MOD Pizza in 2008, Scott and Ally Svenson lived in the U.K. for more than a decade building Seattle Coffee Co., which they sold to Starbucks in 1998.

MOD Pizza is one of a growing number of players in the fast-casual space racing for national dominance. MOD stands for “made on demand.”

MOD expects to reach 72 units open this week across 12 states, and the company plans to reach 95 to 100 units before the end of 2015. About 85 percent of those units will be company owned.

Next year, MOD plans to double in size, opening 75 to 80 company-owned units, along with another 20 to 25 partner stores.

MOD isn’t the first U.S.-based fast-casual pizza concept to move into the U.K. Project Pie last year announced an agreement with former Hakkasan CEO and franchise group The Canavan Co. U.K. Ltd. to bring 60 restaurants to the U.K. and Ireland.