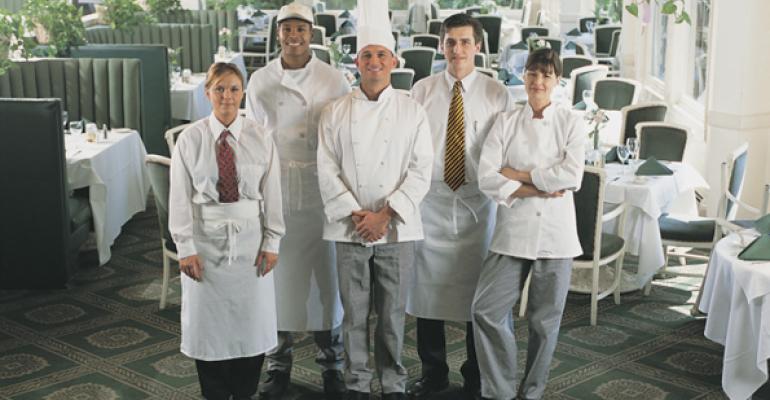 Just last year I wrote a cautionary column about the emerging issue of sustainable scheduling in the retail sector, and warned readers of a coming wave of “fair work week” legislation and its potential spillover into the restaurant industry.

Fast forward to 2015, and it appears I might have a future in fortune telling.

Pending legislation is running the gamut from mandating the number of days or weeks in advance that schedules must be posted, to the number of hours off between shifts, and to punitive time-and-a-half mandates for transgressions. The efforts are advancing through the actions of retail-focused unions and their worker center partners. Today, up to 10 states have introduced bills surrounding scheduling of employees, including California, Connecticut, Illinois, Indiana, Maryland, Massachusetts, Minnesota, Minnesota, New York and Oregon.

The California bill, in particular, applies to food and retail employers with 500 or more employees and is designed to target the growing number of companies using “just-in-time” and “on-call” scheduling practices to minimize labor costs. It mirrors the fair scheduling bill that passed in San Francisco last year, which will take effect in July.

In addition, proponents of these bills have leveraged their connections within the attorney general community to engage and enforce “reporting-time pay” laws where they are on the books, which includes eight states and the District of Columbia. While these rules are all somewhat different, they basically require non-exempt employees to be paid a minimum amount whenever they report to work as required or requested by the employer — even if no work is performed.

Last month, New York attorney general Eric Schneiderman informed 13 major retailers that they are being investigated for “questionable scheduling practices.” You can be certain that other attorney generals will follow suit. Like the legislative efforts, if anyone thinks these types of investigations will stay limited to the retail sector, then they have not been paying attention.

The Fair Work Week provisions are a particularly tough issue for the restaurant industry. For one thing, there are business owners who have some questionable business practices.

“On-call” scheduling — the practice of having employees call in prior to a shift to see if they are needed — basically freezes that employee from scheduling social or family-related activities, or even other employment opportunities. Even more, if they are not needed, they are not paid. While rampant in the department store world, we have seen it used in the restaurant industry as well. Realistically, the practice is a tough one to defend publicly.

Other instances have surfaced where owners have intentionally overscheduled staff in anticipation of no-shows. If everyone happens to show up for their shift, some employees are sent home without pay. Again, this is almost impossible to defend in the public domain.

The supporters of change to this kind of workforce management and the proponents of legislation to enforce new rules can easily identify and publicly highlight workers who have experienced overscheduling or on-call practices. And of course, the media predictably eats it up.

The bottom line is that we need to be better at publicly highlighting the reasons why job flexibility is a major component of what makes restaurant jobs attractive for millions of workers. We need to do an even better job internally to make sure we are not using practices in our workplaces that make us easy targets for attack. The industry is doing a good job quickly coordinating a defense against these work week proposals, but it is a huge mountain to climb.

Candidly, we knew this was coming for a long time. We have a propensity in this industry to be somewhat myopic when it comes to how we assess potential threats. For too many years, we dismissed the assault on Walmart’s reputation, business model and the subsequent labor protests as “Walmart’s problem.” Now look where we are. When that labor effort came to our industry, we spent far too long pretending it was “McDonald’s problem.” Now look where we are. For too long, we didn’t admit that threats to the 7-Eleven franchise model were actually threats to the entire restaurant business model. Now look where we are. And for the last two years, we, for whatever reason, decided that the scheduling issue was a retail problem. So here we are.

What scheduling practices have you found most effective at your restaurant? Join the conversation in the comments below.

While we consider ourselves restaurateurs, we are actually food retailers. That means an assault on any retailer’s business model or reputation is an assault on or own. We tend to work within industries and not across industries when it comes to dealing with these threats. Interestingly, the other guys who are cleaning our clocks on this stuff look at retail and restaurants collectively, working across both industries to advance their activist agendas.

Which playbook seems to be working better?