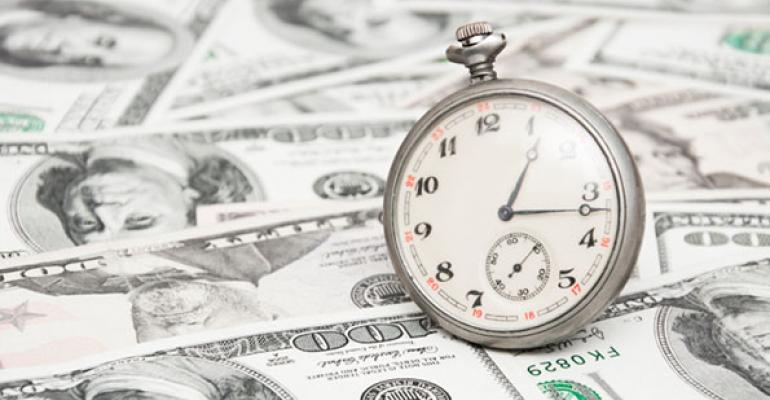 Maybe, as the saying goes, beauty really is in the eye of the beholder.

Walmart’s recent announcement that it will boost its minimum hourly pay rate to $9 per hour by April and $10 by February 2016, not surprisingly drew countless reactions and plenty of media chatter. Also, not surprisingly, talk almost immediately turned to what that change means for the retail giant — and for the business community at large.

The first effect involves the narrative — or the larger conversation around minimum wage — which is unlikely to change dramatically on the news.

The more significant effect involves the labor market. Inside the four walls of your restaurant, this decision will alter the relationship between you and your employees.

Walmart’s move won’t significantly change the public conversation between the industry and policy makers, as the “noise” that came immediately after the decision is bound to prove fleeting.

Those on the activist left begrudgingly gave Walmart a modicum of credit for addressing the wage issue and improving the working conditions for the company’s employees. The activist community also found a way to use Walmart’s announcement to give itself a pat on the back, claiming that it was their constant drumbeat, their advocacy on behalf of raising wages and the looming threat of union activity, that was behind the action. Hardly.

Many in the conservative camp hailed the announcement as proof that the marketplace works, that government intervention in the form of mandated wage and benefit increases is not needed and the “invisible hand” of the marketplace always prevails. Hardly.

Neither is the case.

I am not naïve enough to think that Walmart’s informed decision-making process did not take into account the pressures of outside detractors and governments or the internal considerations of its relationship with its employees. Of course it did. But at the end of the day, Walmart did what Walmart always does: It made a sound business decision that was in the best interest of the organization and its associates. No political statement. No “look at me” bravado. Just good business.

The move may even have been overreported by the media. The truth is that only 6,000 of the company’s more than 2 million workers, or about .003 percent, were even at the minimum wage, and the average wage was already over $11 an hour. So the impact on Walmart’s bottom line, while not insignificant, is hardly a game changer for the company.

As such, this will not have much impact on the debate at the state and local level as jurisdictions tackle this issue in the upcoming months. The “Fight for 15” crowd or their political patrons will not take their collective foot off the gas one bit. Wage proposals will continue to pass in the places where the politics are right for it and fail where the politics aren’t. Plain and simple.

The impact on the marketplace, however, cannot be ignored. When the nation’s largest employer self-imposes a new wage floor, the effect is that the entire wage market now has a de facto new floor. The upward pressure of Walmart’s action will be felt by operators large and small, particularly in the restaurant industry — if not immediately, then certainly soon.

Walmart knows that it needs to vastly improve its customer experience, which is predicated on a higher level of employee offering a higher level of service. This announcement is as much about going out in the marketplace and competing for that talent as anything else. Now other retailers including restaurants will have a much stronger and bolder player competing for good labor. Restaurant operators now, essentially, have an entity that can reach into their stores, grab their shift leaders or assistant managers and offer them more money, more hours, and, in most cases, significantly more upward mobility.

There will likely be tremendous pressure on the larger quick-service brands to match Walmart and unilaterally raise their wage rates as well. This will be exacerbated by the collective ignorance of the media and some elected officials regarding the nature of the franchise business model who almost willfully refuse to understand or acknowledge that those brands don’t — and can’t — control the wage rates of their franchisees.

The effects of Walmart’s action will look different to everyone, depending upon his or her politics and perspective. The media noise and activist activity will ebb and flow, just as it has for some time. But restaurant operators will have some real issues to deal with as the effects ripple through the labor market — and ultimately change the conversation with their employees. Operators will have to realize that their employees will now be looking at them in a different light and asking, “why not me?”