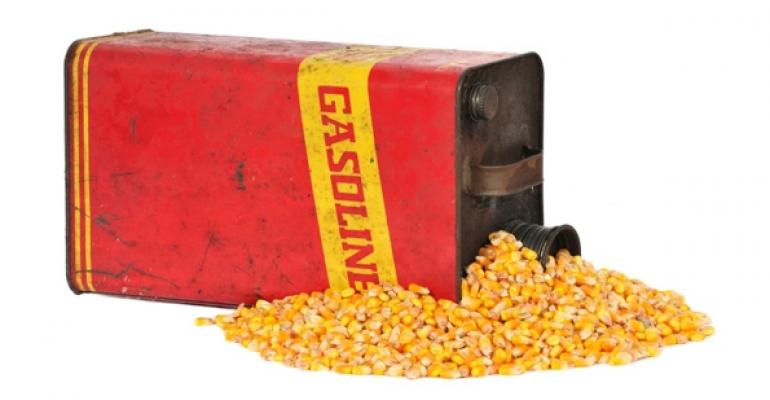 Study: Corn ethanol may cost foodservice $3.2B a year

A report from PricewaterhouseCoopers contends that the government&#39;s policy of using corn ethanol as a source of fuel is artificially inflating corn prices.

A new study commissioned by the National Council of Chain Restaurants found that the use of corn as a fuel source potentially could cost U.S. foodservice chains as much as $3.2 billion annually.

The report, which was conducted by PricewaterhouseCoopers, contends that the federal government’s policy of fostering the use of corn — the chief ingredient in U.S. livestock feed — as a source for ethanol in gasoline is artificially inflating corn prices and thereby driving other food chain commodity costs upward.

As a result, chain operators and other restaurateurs must wrestle with historically high food costs at a time when the sputtering U.S. economy continues to prompt many consumers to rein in spending.

“The use of corn-based ethanol required by the federal Renewable Fuel Standard mandate has dramatically distorted the market and increased costs throughout the food supply chain,” said Rob Green, director of the NCCR in Washington, D.C.

The mandate, he continued, “has had an adverse effect on the chain restaurant industry, which has witnessed marked increases in commodity prices and associated costs to the tune of billions of dollars a year.”

Corn-based ethanol is a renewable energy resource favored by environmentalists and many within the government for use as an oxygenator in gasoline that helps reduce exhaust emissions and is seen as being better for the environment that other additives.

Today, about 40 percent of the U.S. corn crop — or 5.3 billion bushels — is being converted into corn-based ethanol, which yielded 13.2 billion gallons in 2011. That figure is expected to rise to 15 billion gallons by 2015, according to the American Coalition for Ethanol.

The NCCR study examined two possible scenarios based on differing estimates of increases in ethanol production:

1.) If ethanol production is increased by 6 billion gallons a year, the NCCR said, corn prices will rise 27 percent, which will consequently contribute significantly to other price hikes for such commodities as soybeans, pork and poultry.

That would cost all chain restaurant operators an additional $3.16 billion more a year, which breaks down to $2.47 billion for quick-service restaurants and $691 million for full-service operations.

That estimate would result in an average restaurant impact of $18,000 in additional costs each year for all types of restaurants, the study said.

2.) According to the second scenario in which ethanol production is raised by 1 billion gallons, corn prices would rise by 4 percent, which would translate to $503 million for all chain restaurants. That breaks down to $393 million for quick-service chains and $110 million for full-service establishments.

The average restaurant impact, according to the second scenario, would be $2,858, the study found.

Ed Anderson, a franchisee of four Wendy’s outlets in Virginia, and chairman of Wendy’s Quality Chain Cooperative, said the Renewable Fuel Standard mandate has been particularly detrimental to small operators.

“Chain restaurants aren’t all mega-corporations,” he said. “Many are systems of small business franchises like the one my family owns.

“The government picked winners and losers when they passed the RFS mandate. The mandate is costing me $20,000 to $30,000 per restaurant. It is blatantly unfair and we urge Congress to repeal it.”

The Renewable Fuels Association in Washington, D.C., however, argues that the NCCR study “managed to avoid any discussion of what really drives food prices — energy costs.”

“Every reasonable analysis of the factors influencing food prices has concluded that the cost of diesel fuel, gasoline and other energy inputs is the major driver,” said Bob Dinneen, president of the RFA. “The bottom line is the RFS is working. Renewable fuels have already displaced 10 percent of annual gasoline demand and dramatically lowered fuel costs for all Americans.”

The NCCR’s Green, however, argued otherwise. In an OpEd piece written for the Wall Street Journal, he said since Congress enacted the Renewable Fuel Standard in 2005 to mandate the use of ethanol in gasoline, the cost of food commodities “immediately began to rise. As a result, Americans have had to deal with some of the highest food prices on record. While the drought will end at some point, the price increases caused by the ethanol mandate will continue unless the government reverses course.”

RELATED: Learn more about the effects of the U.S. drought in a free webinar

Green said the study will form a “powerful argument” when NCCR members meet with federal policymakers next year to lobby for the repeal of the RFS.

The entire PwC report can be found on the NCCR website.