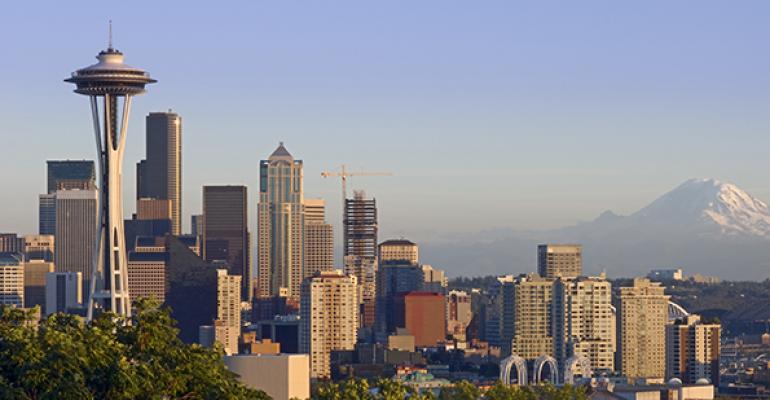 The first phase of an increase of Seattle’s minimum wage to $15 per hour will go into effect on April 1, as state lawmakers consider next week a broader wage hike to $12 per hour that would impact employers across Washington State.

A city ordinance adopted last year in Seattle will increase the minimum wage of $9.32 per hour to $15 over the next seven years for Seattle employers of 500 or fewer workers, and over three years for those with more than 500 workers.

Franchised restaurants are defined as larger corporations under a “joint employer” definition, though the International Franchise Association has challenged that distinction in court as discriminatory. Last week a federal court ruling denied an IFA request for a delay in the wage increase, though the franchise association has pledged to appeal that decision.

Meanwhile, hearings are scheduled on Monday in the Washington state Senate on a statewide minimum wage bill that was approved by the House earlier this month.

House Bill 1355 would increase the state minimum wage rate from $9.47 per hour to $12 over the next four years. Some lawmakers are pushing for the bill to include an override clause that would supersede Seattle’s city ordinance, effectively capping the city’s rate increase at $12 per hour, said Anthony Anton, president and CEO of the Washington Restaurant Association.

While it remains to be seen what negotiations will bring next week, Anton said the association is taking the position of compromise, saying the industry will adapt to the increase in labor costs.

“At the end of the day, the math of the industry has to change,” said Anton. “Seattle will have to invent a different restaurant model than the historical one.”

Restaurant operators will likely experiment in various ways to make it work for their businesses and consumers, he said, including the possibilities of increasing menu prices, using new technology or working with a smaller staff.

“We can find a way to make this work,” Anton said. “We can continue to have a thriving small restaurant scene and work on a better situation for employees. Those don’t have to be mutually exclusive.”

For the vast majority of Seattle’s restaurants, which have fewer than 500 employees, the minimum wage will increase to $10 per hour next week, which Anton noted, “is not a massive jump.” For larger employers, the wage rises to $11 per hour next week.

The phase-in, however, also allows for consideration of medical health benefits and tips in some cases as part of that wage.

Last week, several news reports blamed the impending wage hikes in Seattle for restaurant closures, but a report in The Seattle Times found those reports to be false.

In fact, not all restaurant operators in the city are opposed to the minimum wage increase, said Angela Stowell, president of the Seattle Restaurant Alliance and chief financial officer of Ethan Stowell Restaurants, which operates multiple concepts across the city, including Chippy’s Fish and Drink; Red Cow; and Anchovies & Olives.

“I love that Seattle is taking initiative on (income) inequality,” said Stowell, who noted that her company falls in the under-500-worker category.

While too early gauge the impact of the phase-in, Stowell said restaurant operators have had to adjust their business models in the past, and “it’s do-able,” she said.

“We all got into this business to be business people and have an entrepreneurial spirit. Part of that is figuring out how to make things like this work,” said Stowell. “We’ll figure it out.”