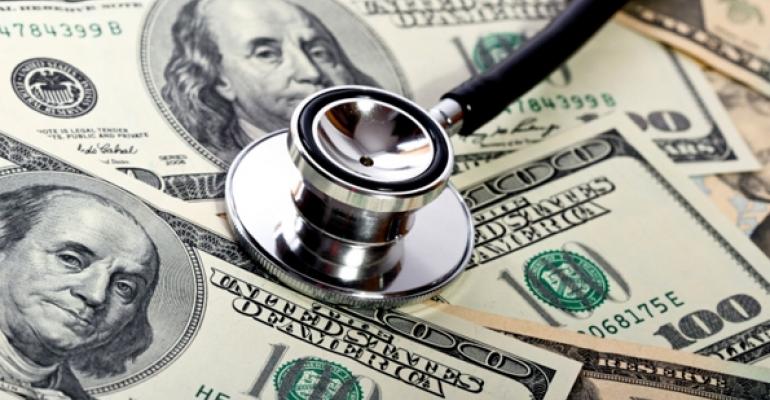 Some consumers were put off by restaurant brands&#39; negative response to &quot;Obamacare,&quot; according to a new report from YouGov BrandIndex.

Restaurant operators’ post-election opposition to the Patient Protection and Affordable Care Act, commonly known as “Obamacare,” has sparked a public controversy that dinged a few brands’ reputations with consumers.

Following the Nov. 6 re-election of President Barack Obama, which all but ensured that his signature health care reform law would not be repealed, some operators’ public statements about what requirements of the law would mean to their businesses provoked waves of criticism and support from consumers.

According to a new report from consumer perception researcher YouGov BrandIndex, Papa John’s Pizza, Applebee’s and Denny’s experienced a short-term decline in “buzz scores,” which the company uses to measure positive or negative word-of-mouth for brands, for such comments.

BrandIndex calculates a buzz score by interviewing thousands of consumers each weekday about popular brands and asking, “If you’ve heard anything about the brand recently, was it positive or negative?” Negative responses are subtracted from positive ones, and a moving average is calculated on a scale from negative 100 to positive 100, with a score of zero denoting completely neutral word-of-mouth reaction.

While Papa John’s, Applebee’s and Denny’s experienced lower buzz scores after their officials publicly commented about the health care law, any effect on their reputations likely would be temporary as long as mainstream media coverage blows over, said Ted Marzilli, senior vice president of New York-based BrandIndex.

“All things being equal, with no new news, these brands [and their reputations] should recover,” Marzilli said. “Only with repeated incidents would you see the underlying brand health metrics decline and stay down.”

Papa John’s buzz score of 32 on Election Day was the brand’s highest for the month of November, but it started sinking the next day, when chief executive John Schnatter’s comments to a Florida business school were published, indicating, among other things, that Papa John’s franchisees likely would make many employees part-timers in order to avoid a mandate to cover their health insurance.

By Nov. 14, after a lawsuit against the company was certified with class-action status alleging Papa John’s sent thousands of unsolicited text messages, the brand’s buzz score was 22. Eventually, the chain’s score fell further, ending the month at 4.

Zane Tankel, a 40-unit Applebee’s franchisee, told Fox that employer mandates to cover employees’ health insurance would cause him to stop expanding and lay off employees. Applebee’s national brand suffered damage to its national reputation as a result, going from a 35 buzz score on Nov. 5 to a score of 15 by Nov. 17. Applebee’s ended the month with a buzz score of 5.

Similarly, when Florida-based franchisee John Metz told the Huffington Post he would add a 5-percent “Obamacare surcharge” to the bills at his Denny’s locations, the family-dining chain’s national word-of-mouth reputation began declining. The brand's buzz score fell from 10 on Nov. 17, the day of Metz’s comments, to zero on Nov. 26. However, Denny’s buzz scores climbed back up to 6 by the end the month.

The leaders of Applebee’s and Denny’s each issued statements distancing themselves from these public statements from major franchisees.

“It’s debatable whether a brand should let the press cycle run its course or address things like this head-on,” Marzilli said. “It seems like things worked out well for Denny’s … but I’m not sure why Applebee’s [difference in scores] is looking more like Papa John’s.”

Restaurant company leaders were proactive in their responses to the outcry from consumers, from Mike Archer of Applebee’s and John Miller of Denny’s distancing themselves from their franchisees’ statements or Schnatter clarifying Papa John’s positions with op-eds in the Huffington Post and the Louisville Courier-Journal.

In his response, Schnatter noted that Papa John’s would comply with the Affordable Care Act, would not cut jobs or hours in its corporate stores, and in fact would open hundreds of stores over the next few years. He added that corporate employees have had their insurance covered since the company was founded in 1984.

Schnatter also pointed out several things he said from the transcript of his speech that was quoted in previous stories that that did not fit the anti-Obamacare narrative that had circulated in the media.

“The good news is 100 percent of the population is going to get health insurance,” Schnatter said in that speech. “I’m cool with that. … This way I get to provide health insurance, and I’m not at a competitive disadvantage. Our competitors are going to have to do the same thing.”

Yet blogs and television comedians ripped Papa John’s as well as companies like Jimmy John’s and Darden Restaurants for also publicly opposing the health care mandate and disclosing plans to cut employees’ hours. Customers who opposed the president’s re-election and the Affordable Care Act organized a “Papa John’s Appreciation Day” Nov. 16 to encourage conservatives to support the chain, using an “#IStandWithPapaJohns” hash tag on Twitter.

Elsewhere, a Detroit chapter of the National Action Network led a boycott movement of Detroit-area Denny’s restaurants, even though Metz did not operate any locations in Michigan.

Marzilli of BrandIndex said the competing rhetoric for and against brands speaking up about the Affordable Care Act’s consequences likely would dissipate in time, provided brands avoid stoking additional controversy.

He noted that buzz scores are the most volatile measure BrandIndex tracks and tend to rise and fall with positive or negative brand news. While buzz scores trended down for Papa John’s, Applebee’s and Denny’s after criticisms of the Affordable Care Act went public, the chains’ overall brand health index scores — which incorporate buzz scores and measures for quality, value and other metrics — have started to level off and slowly rise to pre-election levels.

“It’s an indication that, while the media cycle might have a little more life left in it, the underlying metrics of brand health are bouncing back,” Marzilli said. “There are conversations now about what Obamacare means for business, which has an impact on what people hear and how they perceive these brands. I expect reactions to the discussion to be short, but as brands take further action down the road, there may be another consumer reaction.”