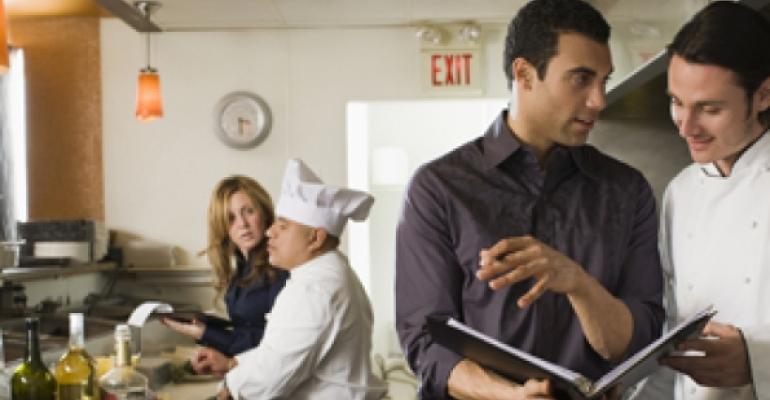 In light of the passage of the Patient Protection and Affordable Care Act, restaurant companies and franchisees are looking into ways to lower costs to save money, including cutting employee hours.

“What we’re seeing is that this health care law puts unique challenges on chain restaurants,” said Rob Green, executive director of the National Council of Chain Restaurants. “The law will have cost implications on a lot of different business sectors, but restaurants and retail are in the bull’s eye.”

Specifically, two parts of the PPACA may raise costs for restaurant chains: The definition of full-time employees as those who work 30 or more hours per week, rather than the traditional 37-40 hours per week, and the fact that the law applies to any business with more than 50 employees — a number some say will discourage franchise growth.

“These are going to be costs, and companies have to figure out how to manage them…the options are limited,” Green said. Many restaurant companies don’t know exactly how the health care law will impact them, he added, so this early analysis may be crucial.

Orlando-based Darden Restaurants Inc., which operates more than 2,000 restaurants under the Olive Garden, Red Lobster, LongHorn Steakhouse and other brands, is currently testing limiting some employees to 29.5-hour work weeks in some markets. “This is just a test,” said Rich Jeffers, the casual-dining company’s director of media relations and communications. “This is something we’re trying at some locations…we’re trying to figure out the optimal mix [of employees] for our restaurants.”

Currently, about 75 percent of Darden’s employees are part time and 25 percent are full time, he said. “We’re looking at it now instead of waiting until the eleventh hour,” he noted, adding that Darden had not made any decisions based on the analysis.

Although Darden’s test is, in fact, “just a test,” it shows that restaurant companies are attempting to prepare themselves for added health care costs.

During the interview with talk show host Neil Cavuto, Liautaud said his company will be forced to cut employee hours as a result of the PPACA. However, Jimmy John’s has not yet reduced hours or raised prices, he said.

“We’re not doing it now,” he said. “But we have to bring [employees] down to 28 hours. There’s no other way we can survive it, because we think it will cost us 50 cents a sandwich.”

Liautaud added, “It’s very expensive just to pay the penalty as well. We have to manage around it.” The penalty for not offering health insurance to employees, he said, is $2,000 per employee. That means if a company has 40 or 50 employees at a specific restaurant location, not offering health care could cost up to $100,000.

At the end of fiscal 2011, the Jimmy John’s chain had a total of 1,329 restaurants, including 26 company-operated and 1,303 franchised locations, according to Nation’s Restaurant News’ Top 200 census. Liautaud declined an interview with NRN.

The law may also adversely impact franchisees who want to grow their businesses beyond the 50-employee threshold, said Matthew Haller, vice president of public affairs at the International Franchise Association. “It puts people who want to grow at a disadvantage,” he said. “The costs are very real and very scary.”

Haller added that automating processes to reduce the number of employees at restaurants, as well as limiting hours, are two options franchisees may be exploring.

“I’m not of the opinion that everyone needs to be below 30 hours, because I think it could potentially badly impact the guest experience,” said David Barr, a Kentucky Fried Chicken franchisee who owns 22 locations. He thinks most franchisees aren’t looking at the law closely enough, he added.

One aspect of the law that Barr believes franchisees need to pay more attention to is the “measurement period,” or the time during which employee hours will be measured to determine their status as full time or part time. Barr’s 12-month measurement period begins in January 2013, meaning that he has to start analyzing employee statuses now, he said.

Barr is currently looking at employees who work between 30-33 hours per week and will likely be reducing their hours to below the 30-hour threshold, he said. However, those who work closer to 40 hours per week are likely doing so because they’re great at their jobs, he said. Those employees in particular are the ones Barr hopes to keep for the long haul, and so he will likely not cut back their hours, he noted.

“The law is very specific,” he said. “My recommendation is that people start looking at it now, because it’s going to be too late to get started in January 2014.”

Editor's note: This story has been updated with the correct unit count for Jimmy John's Gourmet Sandwiches.