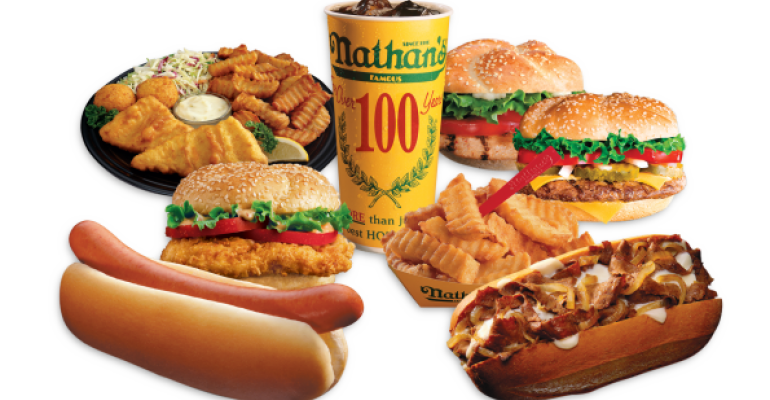 <p>Nathan&rsquo;s Famous, the original American hot dog that began on Coney Island in Brooklyn and now sells hot dogs and other products throughout the nation and around the world, celebrated its 100<sup>th</sup> Anniversary in 2016. Sponsored by Nathan&#39;s Famous, Inc.&nbsp;</p>

Nathan’s, which was founded in 1916 by Polish immigrant Nathan Handwerker, is now a global, publicly traded company selling more than 500 million hot dogs per year in 53,000 retail and foodservice locations. Nathan’s products are available in all 50 states, the District of Columbia, Puerto Rico, the U.S. Virgin Islands, Guam, the Cayman Islands, and in ten foreign countries.

“Nathan’s Famous hot dogs are an integral part of the American experience,” said Nathan’s executive vice president Scott Harvey. “The cultural significance of the brand has helped the hot dogs achieve a leadership position in retail as the company continues to grow throughout the United States and around the world.”