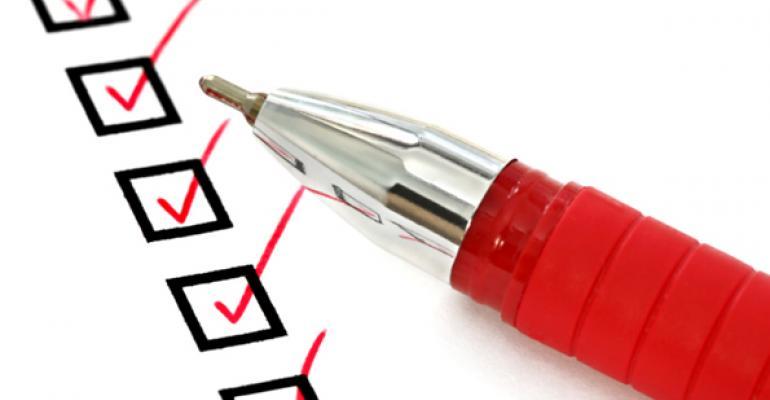 Geography, unit economics and the franchisor's leadership team are a few attributes to consider when expanding a portfolio.
Operations>Franchising

What multi-unit franchisees look for when they’re adding brands

Three multi-brand operators recently discussed the key factors they consider when expanding their portfolio, including geography, unit economics and the brand’s leadership team.

The portfolios of multi-brand franchisees The Falcons Group, WarnerFoods and The Hari Group are as diverse as they come. The Falcon’s Group, for instance, includes Checkers & Rally’s, Baskin-Robbins and TGI Fridays and the company just added Twin Peaks.

Related: How emerging concepts can gain traction and grow through franchising

Each company provides a case study on how to strategically grow and what to look for while doing so – an important lesson as scale becomes more important in a persistently challenging environment. For Eddie Nieves, partner at WarnerFoods, acquiring existing units from franchisors, versus developing, is the most efficient way to expand.

“Every deal we’ve done has come from an acquisition and there are multiple reasons for that. First of all, it shrinks the learning curve, so you can quickly dive into the food, operations, PnL and culture of the brand,” Nieves said during a recent panel at the Restaurant Finance and Development Conference. “You also have a venue to train your new talent and you have awareness in the market.”

WarnerFoods has nearly 200 units, and most recently added Noodles & Company to its mix with a 55-unit deal in California. That deal allows the company to have control of the brand throughout the entire state, which is a major advantage according to Nieves. Raj Patel, president of The Hari Group, also looks at deals close to his company’s headquarters near Chicago.

“One of the things that attracts us to brands is the ability to control geography,” Patel said. “If I can wake up and be there in an hour to an hour and a half, that’s attractive. We like to be high touch.”

Geography is hardly the only factor that goes into roster expansion decisions. The strength and vision of a brand, its leadership team and unit economics are also key attributes.

“For us, the number one thing we consider is the issue of conflict. We can’t have two similar brands, our franchisees don’t like that,” said Shamsu Charania, CEO of The Falcons Group. “The number two consideration is the leadership team. We also like brands that are mature – mainstream brands that have a mass appeal versus niche. Some of those brands from five or 10 years ago aren’t around anymore. It’s just a big risk.”

Charania pointed to the once-explosive frozen yogurt category as an example. The category is now a fraction of what it was just 10 years ago, yet Baskin-Robbins, which is part of his portfolio, has been around since the 1940s.

The unit economics piece is a bit trickier now given stubbornly high food and labor inflation. All three operators agreed the goal posts have moved in the past couple of years on what average volume units should look like to make money and potentially grow.

“It’s interesting and it depends on the brand and the business model, but I will tell you it’s gone up about a half a million dollars from the levels I used to talk about a few years back,” Nieves said. “With $1.5 million you can still make some money, while $1 million is almost impossible. You really need $2 million now to be in a good spot. The math just doesn’t work anymore at the same level it used to.”

Charania agrees, adding it is why The Falcons Group prefers acquisitions versus development, as it requires less capital.

A brand’s leadership team is also an important factor for these franchisees’ consideration. Charania said Twin Peaks executives are the reason his company added the brand earlier this year, for instance. He initially met them during a conference where hey told him about the brand’s made-from-scratch food, sports package, alcohol mix and strong AUVs.

“When we liked the brand, we met the leadership team. We loved all of them. We asked them to sell us something and nothing was for sale. That gave us a strong indication that the brand had legs. The brand is doing well, otherwise nobody is going to put so much money behind something that is not working,” he said.

Charania especially liked that Twin Peaks was building corporate stores and they were operating at higher levels than their franchisees.

“That tells us something. They know the numbers, the DNA, how to make money. They have the playbook down to a T,” he said. “That makes a huge difference when you’re entering a new brand. We want them aligned with the franchisees as much as possible. It’s a tough environment and they’re feeling the same pain we’re seeing. We all know the product has to be good, but if the leadership isn’t what you want it to be, the brand is not going to grow into what you’re expecting.”

All three franchisees agreed that some corporate store ownership is important now. A few years ago, Patel believed otherwise, but amid continuing and unprecedented challenges, his mind has changed.

“They’re able to see (challenges) firsthand and help figure out efficiencies,” he said, noting that Dave’s Hot Chicken is a bit unique in that members of the leadership team own stores individually, versus corporate stores.

Nieves adds that communication between the franchisor and franchisee is also critical.

“We recently signed a 20-year agreement, and many marriages don’t last that long. We’re here for the long term, so we look at how the brand communicates and listens and compromises. If we don’t feel that, it’s probably a deal breaker for us,” he said. “We also look at their talent, experience, how the brand has been run in the past few years, the marketing, operations and PnL, and if it’s public, how the stock is doing. The last piece is the vision for the brand.”

Of course, sometimes playbooks are thrown out the window. The Hari Group, for instance, was founded in 2011 as a Dunkin’ franchisee. Last year, the company added California-based Dave’s Hot Chicken when the concept had less than 10 units open.

“Sometimes it’s better to be lucky than good and with Dave’s, there was a lot of luck involved,” Patel said.

That luck came from a delivery order he placed during a visit to California.

“It was 40 minutes away from where we were staying, but when we got it, the chicken was still crisp. That sealed the deal for us,” Patel said.

His successful delivery plays into another important factor considered by The Hari Group – the appeal to younger consumers, those who want the convenience of delivery and the sexiness of Instagram. Patel said his Dunkin’ and Dave’s Hot Chicken concepts do well attracting Gen Z on social media, for example, and that is more important than ever as the demographic gains spending power.

“Gen Z is the hardest segment for brands to attract right now and figuring out that piece is huge,” he said. “The brands that are hot and making noise right now have figured out how to cater to Gen Z.”