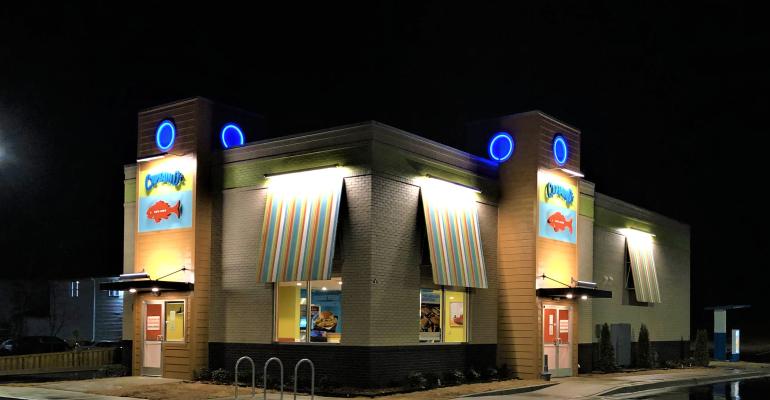 For this week’s Franchisee Spotlight, we spoke with Joe Springer, owner of Nufish LLC, the second-largest franchisee of the Nashville-based, fast-casual seafood restaurant, Captain D’s.
Operations>Franchising

If founders, chefs and other creatives are the beating heart of the restaurant industry, then franchisees are the veins delivering their ideas to all corners of the globe. Franchising is critical to the success of the industry, allowing brands to quickly scale their big ideas using other people’s capital.

And whether it’s a mom-and-pop restaurant owner with one or two franchised restaurants or a seasoned veteran whose influence in the industry is well-known, franchisees — with all their individual attributes, styles and personalities — make a huge impact on the success of a business.

For this week’s Franchisee Spotlight, we spoke with Joe Springer, owner of Nufish LLC, the second-largest franchisee of the Nashville-based, fast-casual seafood restaurant, Captain D’s. Currently with 20 restaurants and counting, Springer just signed a deal to open 10 more in the Memphis area.

Background “I’ve worked at a plethora of different franchises or different corporate stores, everything from burgers to tacos, and it got to the point where I felt that I had enough knowledge and background and I could start doing it on my own and I have not turned back. In 2009 I actually came aboard with Captain D’s as an area director and within three years, worked out a deal where I became the owner of this particular franchise […] there was an opportunity where I saw the restaurant for the actual operational position starting to change […] and I felt it was a golden opportunity at the time to jump into the ownership part.”

Why Captain D’s “There has been a huge shift in the economy that has impacted what people were looking to eat. You saw a change from burgers more towards chicken places as people are becoming more health conscious. And as the years went on, I started seeing the fish business grow tremendously as far as what people want. Being on both sides being part of the operational team and the corporate side, it's definitely one of the best places I've seen as far as their support system, and how they help franchisees, whether you’re a big fish or a little fish.”

Key ingredient to success “I have a huge group of individuals around me, that we've worked with for a long time. […] We went through the pandemic, and I think it was all up two and a half years ago, and the 19 general managers that I had on board are still with me. It’s been the same group of people for the past years. The only difference is we’ve added people.”

Biggest challenges “There are so many challenges out there in logistics, the hiring pool, the minimum wage gap, etc. […] When the pandemic first started. we actually took it personal when we had to use a different type of fish or we didn't have clam strips. We felt that we were doing an injustice to the world by not offering what we said we'd offer. But within three to six months, the mentality was the world's kind of crazy, but as long as we control our four walls, then[…] why take it personal? Control what you can.”

Sales goals “It’s all about growth […] As a company, we're pushing this particular year, because last year was a record year for us. […] Even when the pandemic came, we were able to make up all of our ground and still be up by double digits in that first year of the pandemic. Last year, we were up by double digits again […] We ended up having three stores that were in the top 10 performers for Captain D's as far as volume goes.  This year, we’re falling short and are down about 2% but with the introduction of the spicy fish [in June] we got another big push. I have not had a down year yet and I don’t want to start now.”