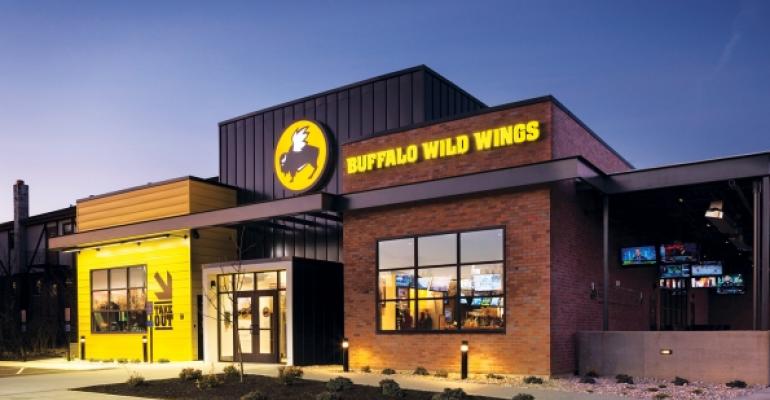 One of Buffalo Wild Wings Inc.’s largest shareholders is stepping up pressure on the Minneapolis-based operator as it pushes the company to focus more aggressively on franchising by taking the issue directly to franchisees.

Marcato Capital Management LP, which owns 5.2 percent of Buffalo Wild Wings’ stock, sent a letter to the company’s franchisees saying they would be better off if Buffalo Wild Wings focused more on franchising and less on running company restaurants.

Buffalo Wild Wings operates 608 of its 1,203 restaurants. Marcato wants the company to sell most of those 608 locations to franchisees.

“Over the life of our investment, we have observed a lack of urgency among the board and senior executives that is crucial in today’s operating environment,” Marcato managing partner Mick McGuire wrote in an “open letter to franchisees” on Tuesday. “In our view, if the company’s strategy — including the franchise business model — is redesigned and executed properly, there is a significant investment opportunity to create substantial value for all stakeholders.”

Marcato has also launched a website, WinningAtWildWings.com, where the activist is publishing details of its campaign regarding the chicken-wing concept. Such sites frequently predate proxy fights in which the investor seeks shareholder votes on board members.

Marcato kicked off its campaign against Buffalo Wild Wings this summer, after sales weakness in recent quarters led to a steep decline in the company’s stock price. The investor has also said the company overpaid to acquire 41 units from franchisee Alamowing Development LLC in 2015. Buffalo Wild Wings paid about $160 million for the locations.

Before Marcato got publicly involved, Buffalo Wild Wings’ stock had fallen by 30 percent since reaching $203 a share last September. It has since recovered to $167 per share, but remains well off previous levels.

The activist argues that investors would value Buffalo Wild Wings more highly if franchisees owned more of its locations.

While corporate ownership of restaurants generates more cash, franchising is more profitable, and companies that do so get stronger valuations on Wall Street. That has led numerous companies in recent years to sell units to franchisees. Buffalo Wild Wings has been buying them, making it something of an exception.

“In order for the brand to achieve its full potential, we have proposed Buffalo Wild Wings make substantial changes to its business,” McGuire wrote. “Returning to a predominantly-franchised business model and putting franchisees first are key components of our proposal.”

Marcato says Buffalo Wild Wings should franchise 90 percent of its units. That would get it down to about 120 company locations, meaning it would have to sell 480 units to franchisees.

McGuire argues that franchisees would benefit from such a structure, too. In his letter, McGuire told franchisees that the brand would be managed “for and by franchisees,” that they would be able to vet various initiatives before they’re implemented.

He also said the refranchising strategy would develop new growth opportunities for the brand’s operators. In addition, with Buffalo Wild Wings focused on franchising, the company would no longer be the primary buyer of franchised locations that are put up for sale.

“Currently, the business favors the expansion preferences of the corporate parent,” McGuire said. “We believe that markets and territories currently reserved for future development should be made available to franchisees.”

Marcato said the company would no longer reserve the best markets with the highest unit volume potential for itself. And shifting toward franchising would generate higher valuations because more franchisees would be interested in buying units.

In addition, Buffalo Wild Wings would not exercise its right to buy franchisee locations, known as the right to first refusal, which can depress franchisee valuations by discouraging potential bidders.

“The company’s tendency to exercise its right of first refusal option reduces the universe of interested buyers who fear that their time and energy is being wasted as a stalking horse bidder,” McGuire wrote.