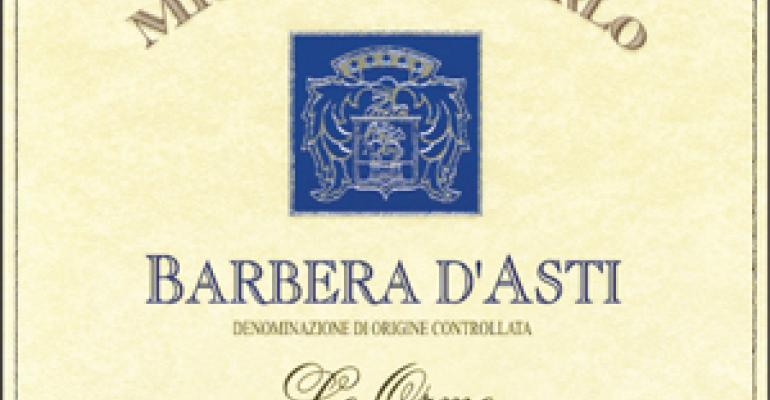 On Wine: Piedmont’s unique reds differentiate themselves from an increasingly homogenous pack

When the entire wine world seems to be producing wine mainly from the same four red grape varieties—Cabernet Sauvignon, Merlot, Syrah and Pinot Noir—it is refreshing that regions of Italy, Greece and Portugal, along with parts of France, remain noble exceptions to the globalization that is affecting wine today.

Piedmont, Italy, in particular, is producing delicious, notable wines by sticking to native varieties. Tucked away in Northwest Italy—bordering France and Switzerland—Piedmont has been growing its region’s specialties for centuries. In fact, Piedmont’s most important red variety, Nebbiolo, does not grow successfully anywhere else in the world. The late-ripening grape flourishes in Piedmont, producing two of the world’s greatest red wines, Barolo and Barbaresco.

Both wines should always be decanted, as they benefit greatly from aeration, which softens their tannins. They are best in a large glass with a wide bowl, which not only aerates the wine but also gives drinkers the opportunity to enjoy one of these wines’ finest features: wonderful aromas of strawberries, tar, roses, mint, eucalyptus, licorice, camphor, spices, tobacco, vanilla and white truffles.

If Piedmont offered no other wines, it would still be one of the great wine regions. Still, the region also produces four other interesting reds; the better-known Barbera and Dolcetto, and the less-known Grignolino and Freisa.

Barbera is an unusual red grape in that it practically has no tannin but is high in acidity. Unoaked Barbera wines are crisp and refreshing, without the mouth-drying tannins of most reds, and have spiciness and flavors of tart cherries and berries. Barberas are generally medium-bodied; they go well with appetizers, seafood, light meat entrées and pastas.

WINE OF THE WEEK

Michele Chiarlo is a leading producer in the Asti area who specializes in making Barbera as well as Barolo. His standard 2004 Barbera “Le Orme” is dry, light-bodied and vibrant with lots of acidity. It is an unoaked gem of Barbera d’Asti in the lighter style. Great value. The 2004 vintage is a great one in Piedmont.

Dolcetto, more tannic than Barbera but not quite so acidic, is also medium-bodied. It is a dry wine, despite its name, with aromas and flavors of black pepper and ripe berry fruit. Dolcetto works well with appetizers, pizza and pasta.

Grignolino often resembles a dark rosé; it’s light-bodied but tannic and quite acidic, with aromas and flavors of tart raspberries. It goes well with Italian antipasti, and is especially refreshing served cool on warm summer days.

Freisa is dry, medium-bodied, and typically has aromas and flavors of tart strawberries. Unlike Dolcetto, which is best consumed at two or three years of age, both Freisa and Grignolino can still be enjoyed with several years of age. Barbera ages the best of the four—up to 15 years.