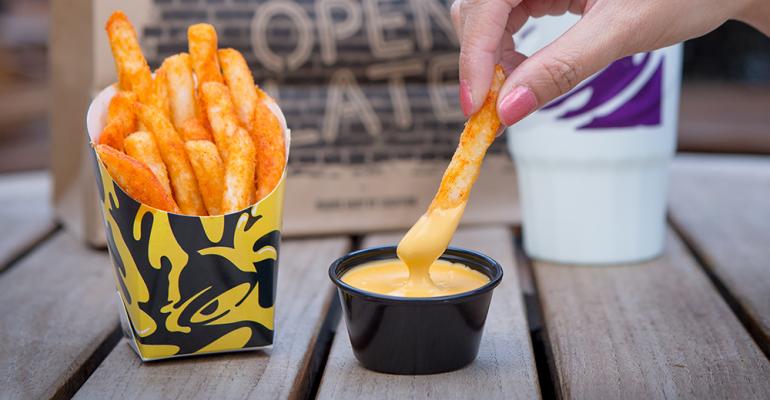 The Irvine, Calif.-based division of Yum! Brands Inc. said the fries will feature a “bold Mexican seasoning” and will be served with “a dippable side of warm nacho cheese.”

The Nacho Fries’ $1 price point is for a limited time, the company said. The fries will also be available as Supreme for $2.49, or Bell Grande for $3.49, topped with such add-ons as beef, pico de gallo, nacho cheese and sour cream.

In early December, Taco Bell said it would expand its dollar menu from 11 items to more than 20 items in test markets this year.

“We believe passionately that people should have more than just the ability to eat for $1; they should feel like they can feast for $1,” Marisa Thalberg, Taco Bell’s chief marketing officer, said in a statement at the time.

The Nacho Fries were tested last year in the West Virginia and Bakersfield, Calif., markets.

Taco Bell has about 6,500 restaurants in the United States and 300 locations in 24 countries.